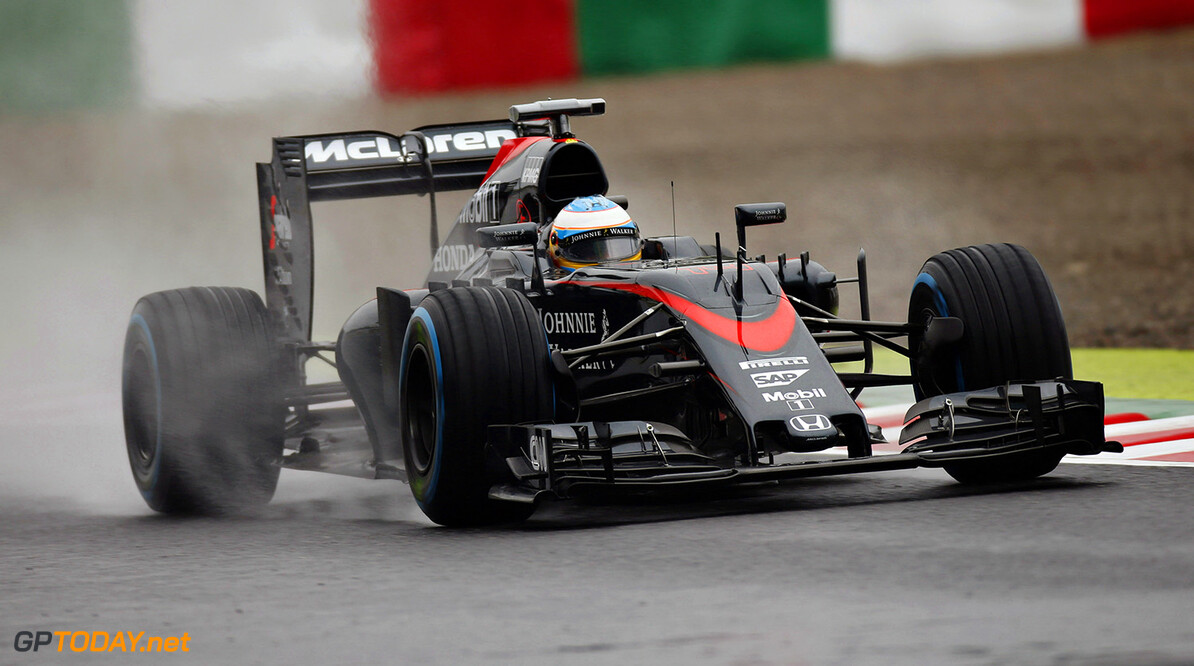 Fernando Alonso put the brakes on McLaren-Honda's apparent recent progress after the US grand prix.

Using Honda's token-upgraded 'power unit' for the first time in a race, the Spaniard had fought his way from dead last to fifth when reliability trouble struck.

"If we had finished fifth I think it would have been the best race of my career," he told Spanish reporters including the news agency EFE.

But Alonso was also keen to bring feet back to earth, amid excitable reports about the improved performance of the revised Honda engine and lofty ambitions for 2016.

"The better performance of the engine is something that has been talked about a lot, but to put the record straight, we were talking about a tenth (of a second)," he said.

Meanwhile, Alonso hailed his former McLaren teammate Lewis Hamilton, who on Sunday raced past his own mantle of two world championships to join legends like Niki Lauda and Ayrton Senna with a third.

"Hamilton has been on another level this year. He dominated from the start until the end," he said.

"Last year (Nico) Rosberg at least put some excitement in it but this year he (Hamilton) deserves it more than anyone. Let's see if next year someone can make it a bit harder for him again," Alonso added.