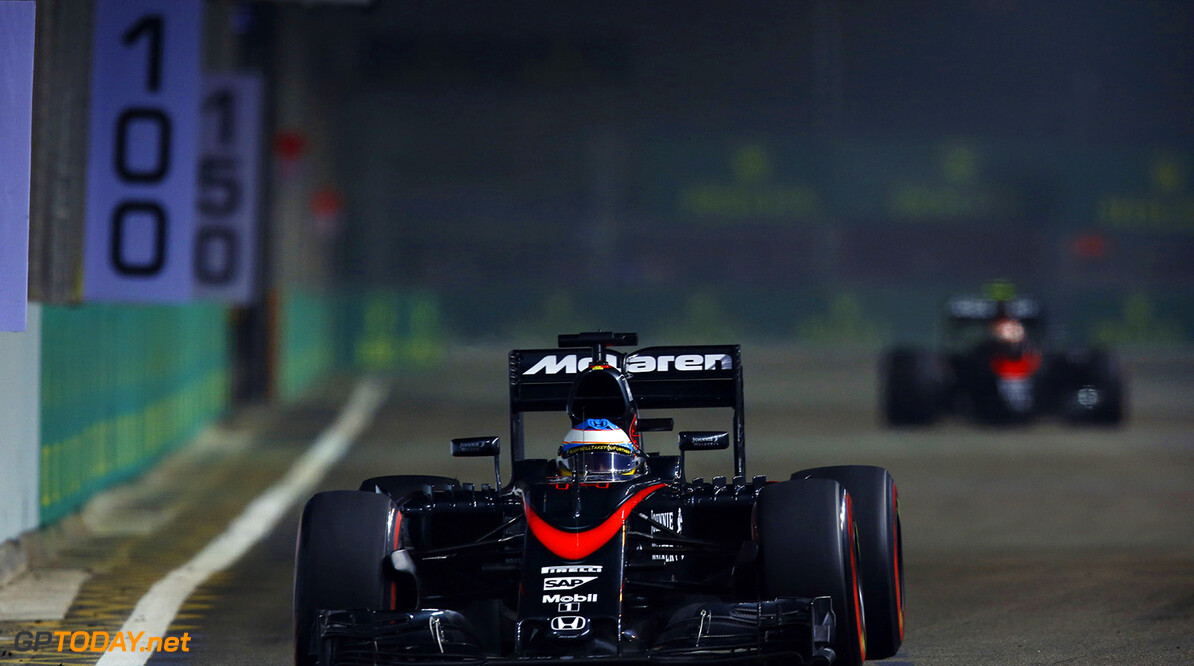 Alonso: "Honda has 'found the way' with upgrade"

It sounds odd, but Jenson Button says he wants McLaren teammate Fernando Alonso to "annihilate" him this weekend in Austin.

That is because only the Spaniard's car is equipped for the US grand prix with struggling partner Honda's newly-upgraded engine.

It was debuted only in practice two weeks ago in Russia, triggering unusual sounds of apparent genuine positivity from the troubled camp.

For a pair of champions like Alonso and Button, the Anglo-Japanese collaboration will have to make up an extraordinary amount of ground - 2.5 seconds per lap, according to Alonso - to be in a position to win races next year.

"I think so," Alonso answered when asked if that is actually possible, although he admitted McLaren-Honda would have to have the "perfect" off-season.

As for the new engine for Austin that is not fitted to Button's car, the Briton admitted that he will be barracking hard for his teammate.

"I'm hoping it's a good upgrade, he's really quick and he annihilates me all weekend," he smiled.

"It's unusual to say that, but in our situation it doesn't matter," added Button, referring to the fact that he will only get the new unit in Brazil.

Alonso agreed that the new Honda engine has opened up a "new direction of development" for 2016, amid earlier worries that the Japanese marque had lost its way.

"More important than a performance leap is that we have found the way," he added. "There are many good ideas about how we use it."

Another important task for McLaren-Honda over the winter will be to improve reliability, as "We cannot be using 11 engines again next year," Alonso insisted.

Finally, amid a lot of talk in the paddock on Thursday about the need for faster and more aggressive technical regulations from 2017, Alonso believes the sporting rules also need a re-think.

"Like the issue of penalties," he was quoted as saying by Spanish media.

"You watch MotoGP and see a touch (between riders) and nothing happens, but here it is different. Like in Sochi where hours after the race we saw drivers penalised."

Indeed, the driver penalised after Sochi was Kimi Raikkonen, who in Austin faced another barrage of questions about his crash with Valtteri Bottas.

"It's part of racing," the Finn argued. "I'm sure people like it more like that than just following each other."