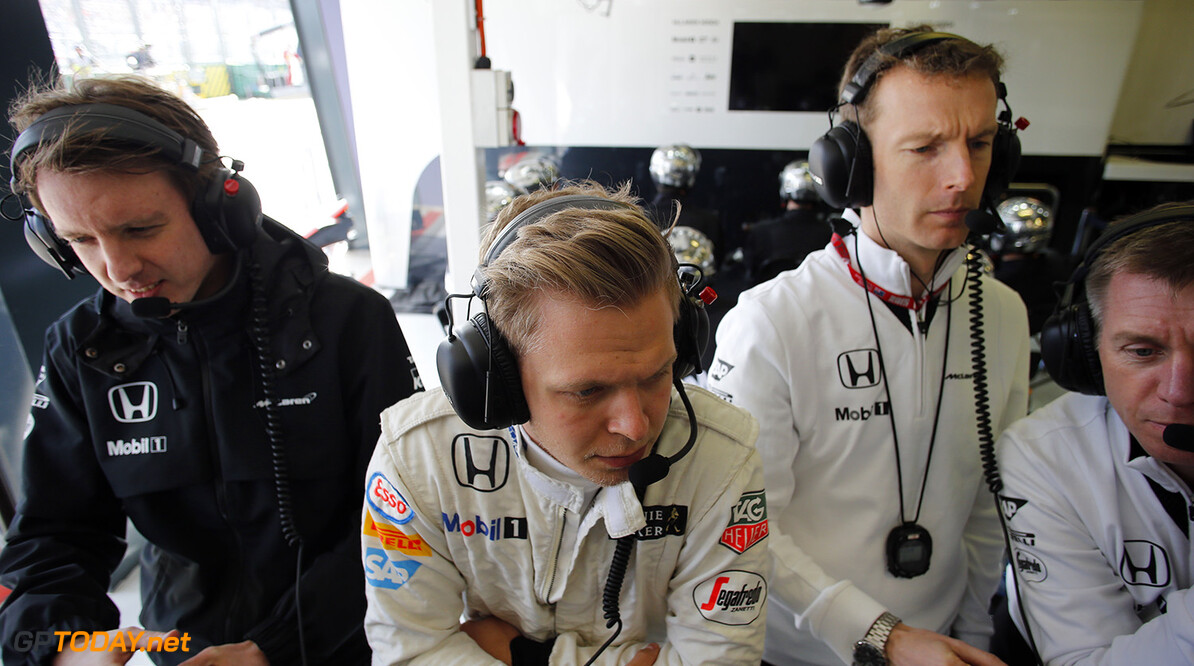 After two years with Team McLaren, young dane Kevin Magnussen will leave the Woking based outfit at the end of 2015.

After an impressive first season last year with the team, with Magnussen scoring an equal amount of points as veteran Kimi Räikkönen, the danish driver was replaced with veteran Fernando Alonso, and was instead made a reserve driver. Magnussen only participated in one race this year, when he replaced Alonso in Australia. The danish driver did however not get much run time, as the car failed almost immediately. While it was still unclear whether Jenson Button would stay in McLaren or not, or even leave the sport altogether, it was often speculated that either Magnussen or another young talent, Stoffel Vandoorne, would replace Button. However, McLaren's option to keep Magnussen went out, and as it was made official that Button would stay for 2016, he recieved a mail on his birthday from McLaren chairman Dennis' assistant, Justine Bowen, explaining that "there would be nothing for me in the future."


Dennis himself said in a comment to Sky F1: "Kevin has always done a very impressive and professional job for McLaren in the five years since he joined our Young Driver Programme in 2010. In 2014 he raced very well alongside Jenson, who is a hugely experienced and very quick World Champion. Kevin's Grand Prix debut in Melbourne last year was rewarded with a podium that day that he, and we, can be justifiably proud of."

Former team mate Jenson Button is of a similar opinion about Magnussen, as he told the danish magazine BT: "He's good enough not only to race in Formula 1, but also to help a team succeed in Formula 1." Button also described Magnussen as the best drier available, and recommended him for any team with a vacant seat.