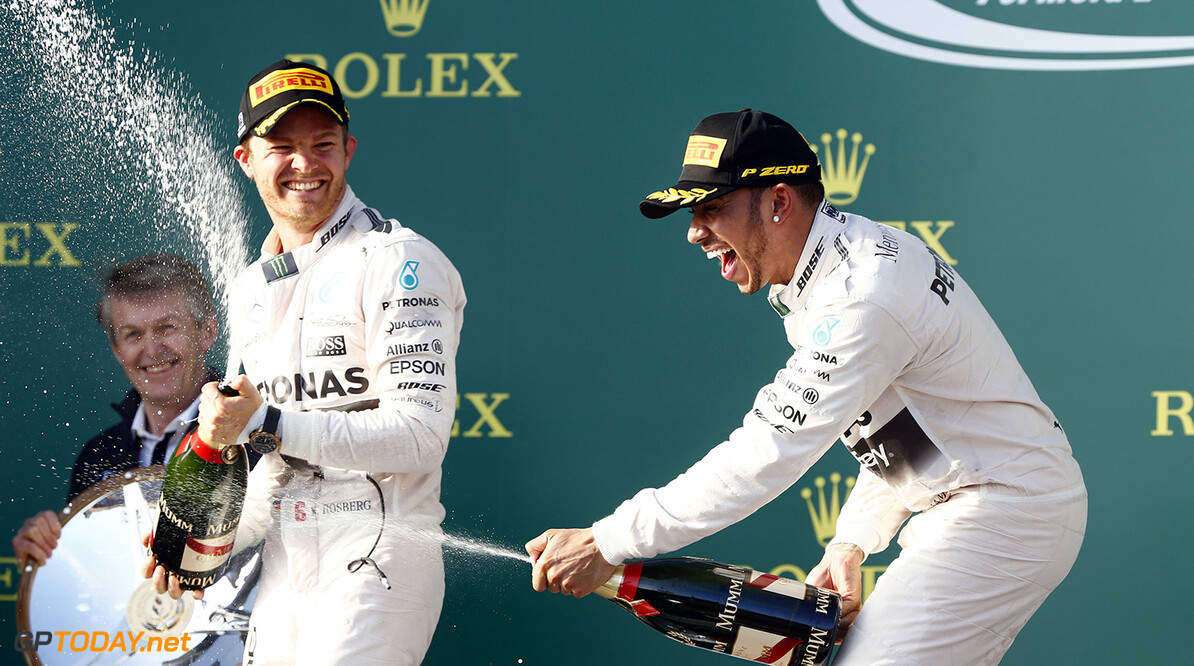 Championship Leader Lewis Hamilton may have implied during an interview with Russian Newschannel RT, that one day he would like to have Fernando Alonso or Sebastian Vettel as a team mate.

The interviewer claimed that Hamilton was considered by many, to be like the late Aryton Senna, and he was then asked who would be his Prost? Hamilton responded with:

"I would imagine someone like...I think, Alonso, is, probably. It might be Alonso, it might be Sebastian - those two are exceptional drivers, with whom I'm looking forward for some stage-racing close up."

Both Alain Prost and Ayrton Senna were considered to be fierce rivals, becoming loggerheads on and off the track that developed over a 5/6 years period. In today's Formula 1 there is no real rivalry, especially within a team. Mercedes appear to be keeping both Lewis Hamilton and Nico Rosberg under control, which has been made easier due to Rosberg's lack of performance this year.

So what did Hamilton's response mean, when he says "At some Stage-racing close up"? It's either he would like Ferrari and Mclaren to become on a level footing with Mercedes or for one them to join him with the Silver Arrows. Would it then be conceivable that Nico Rosberg - who has been at Mercedes since their inception - could leave? Dr. Helmut Marko suggested a few months back that it could be a good idea for the German to move on, to regain some credibility.

Not only that, but it will also help out Mercedes as right now their domination across the field and the lack of a challenger to Lewis Hamilton. Means that people are starting to switch off, which could begin to harm Mercedes' image. Toto Wolff expressed his concern to F1i about the lack of a "Competitive Environment" in Formula One

Would taking either Alonso or Vettel on board make Mercedes' championships worthy? It would indefinitely make Hamilton's titles more valuable. If he were to be tested on a consisted basis in both Qualifying and Race, then whoever came out on top, would, therefore, be a genuine champion. Pardoning reliability, Nico Rosberg has had fits and starts in having success on a Saturday, only for it to not to carry over to the Sunday and vice versa.

When you have such advantage that Mercedes do, then you will need to have two superstars in your cars to keep the show on the road. Precisely what Mclaren/Honda did during the 80s for when they found themselves in the same boat as Mercedes do right now.