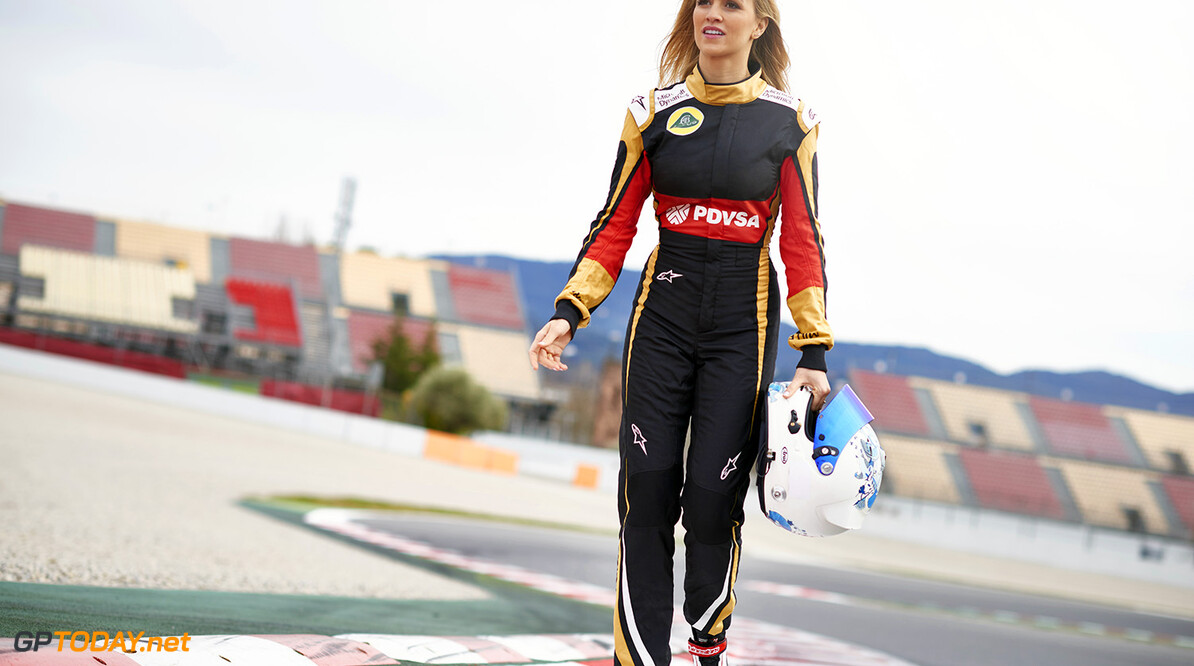 Jorda says Lotus test has been put on hold for now

Carmen Jorda has admitted her "dream" of actually driving a formula one car has been put on the back-burner for now. Amid some controversy about the former GP3 driver's credentials, the 27-year-old Spaniard was signed this year by Lotus as development driver, and has been travelling the calendar with the Enstone team.

It was expected Jorda would actually test the black and gold car this year, but then Lotus struck its well-documented financial troubles amid the potential buyout by Renault. Asked to assess her 2015 so far, she told the Spanish sports daily Marca: "It's my first season and I'm happy with how far I have come. But my dream to test the car has not happened because of some problems with the team. Yet I know that my time will come and so I have been focused on working in the simulator and on my physical preparation," Jorda said.

She admitted not actually driving yet is a setback, but is happy she is carrying the baton for female drivers all over the world who dream of a career at the top of motor sport. "I am satisfied," she insisted, "because it's not as though you arrive and that's it. Everything is a process with ups and downs, like now with the team problems that have not allowed me to do as was planned."

When asked about the progress of the Renault buyout, Jorda answered: "I am very focused on my work, which I do every day with the engineers. I also know that our management will do their best for the team, but it (the buyout) is likely to happen. In the end, a F1 team is a business and if the company has financial problems that of course affects everyone. And yet in Japan we had both drivers in the points, showing that we have a very good technical team despite the difficulties," she added.

Asked, then, where she sees herself in five years, Jorda answered: "My sole focus is on testing the car in six months or a year. It's the only thing in my mind." (GMM)