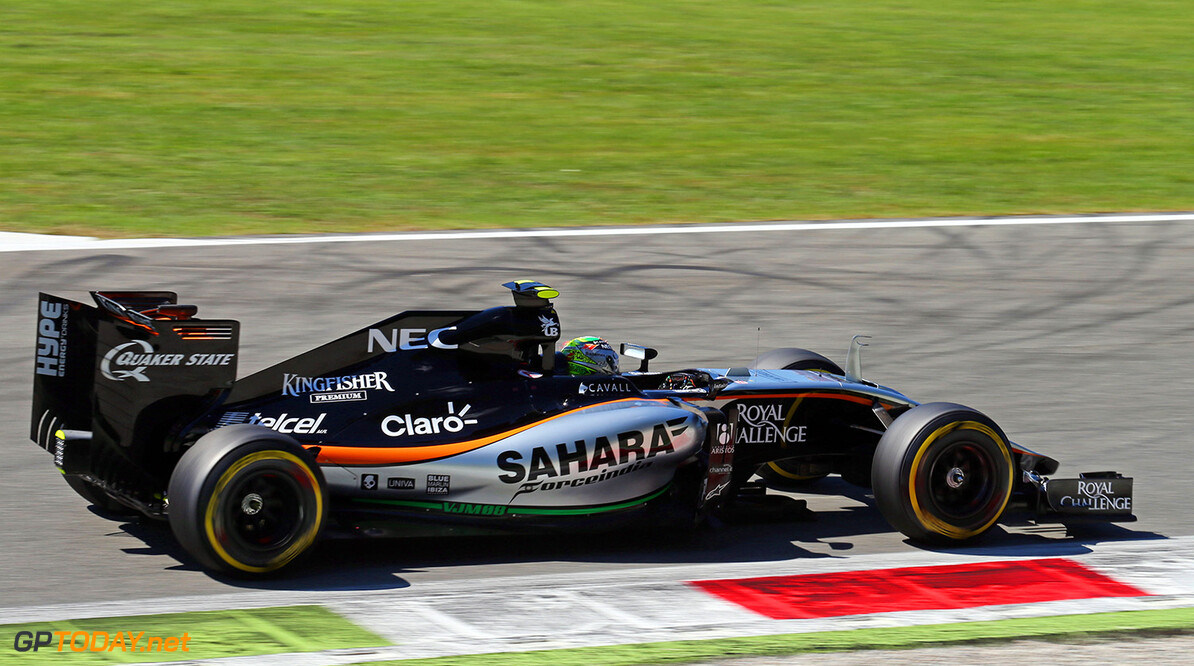 Force India about to announce Perez for 2016

Force India is shaping up to extend Sergio Perez's contract. Already signed and sealed is teammate Nico Hulkenberg's new deal, while Mexican Perez and his backers have been linked with a potential switch to Renault. That could be because, if the Lotus buyout is completed, current team driver Pastor Maldonado's PDVSA backing does not fit with Renault's Total branding.

And Maldonado would be a good alternative for Force India, with his sponsorship said to be the most lucrative on the F1 driver market. Perez, however, said at Monza that his 2016 deal to stay at the Silverstone based team is in fact almost done. And Force India agrees that an announcement could be made this weekend in Singapore.

"I think it's very important for us to try to keep stability and I expect we'll do that," said deputy boss Bob Fernley. "I think you're always looking for stability and if you have drivers that are performing well, you want to retain them. With the continuity and the stability of rules into 2016 hopefully we can carry the performance through. Vijay (Mallya) is working very hard now to finish off the second contract with Checo (Perez) and hopefully we'll get some news on that for Singapore," said Fernley.

Similarly, Lotus CEO Matthew Carter said the Enstone team also favours continuity, with the driver question only remaining open for now due to the Renault talks. "We have two drivers under contract (for 2016)," he said, referring to Romain Grosjean and Maldonado.

"The only reason we haven't announced our drivers for next year is that we're waiting to see what pans out in the next few weeks or so. So there's absolutely no reason to change, both drivers are under contract but I think there's probably wider issues to play at Lotus at the moment," admitted Carter. (GMM)