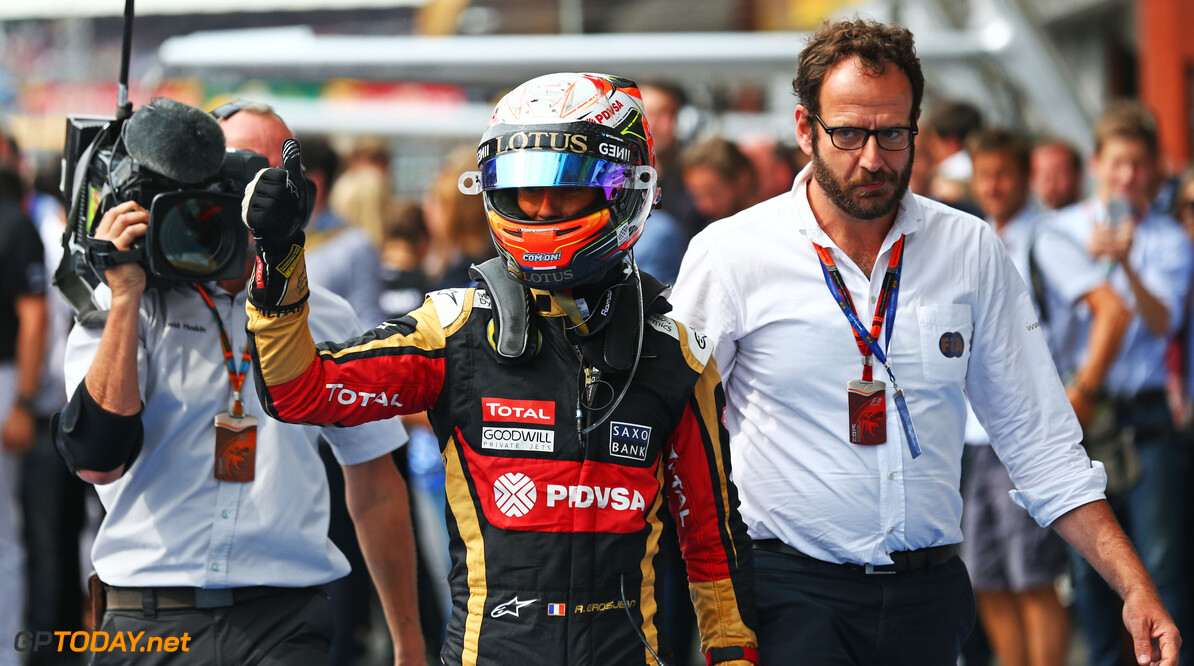 Romain Grosjean has not denied paddock speculation that, if the Renault deal now falls through, Monza could be Lotus' final appearance at a grand prix. On the one hand, the Enstone team appears tantalisingly close to being bought and therefore rescued by the French carmaker, whose divorce from the Red Bull teams also appears almost complete.

But on the other, Lotus is now desperately out of money, with the last round of wages paid by Bernie Ecclestone and the black and gold cars arriving at Monza late after the court bailiff saga of Spa-Francorchamps. Trying to put his characteristic smile on the worrying situation and rumours of more court trouble in London, Romain Grosjean said: "We are here, we are ready to race. The cars arrived a little late but that's because they liked being in Belgium so much," he grinned, according to RMC Sport.

According to the latest rumours, however, the dim reality is that Monza could be the last gasp for Lotus. "The group of people who are here are passionate and they are here to focus on the car setup and getting the best possible result," Grosjean insisted. "The atmosphere is pretty good, especially after the podium in Belgium. "We are putting the financial aspect to the side."

When asked to contemplate the fact that Monza will be his last race of the season, the Frenchman answered: "I do not think about it. We are here at a grand prix. We're here to do the job. I am focusing on that." (GMM)