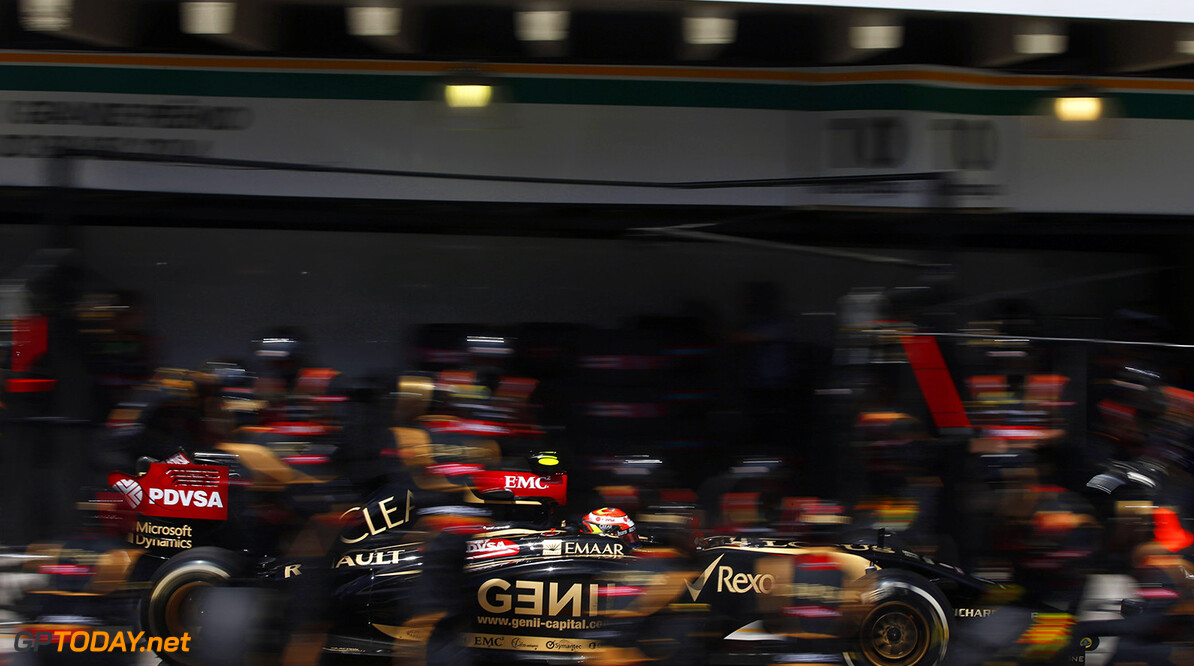 Bernie Ecclestone reportedly paid the wages of embattled Lotus' 400 staff in August. The news, revealed by Britain's Times newspaper, comes after the Enstone team's equipment - including the black and gold cars - were prevented from leaving Spa-Francorchamps by court bailiffs after the recent Belgian grand prix.

Correspondent Kevin Eason says the risk Lotus may not be able to race at Monza this weekend remains. "Everything is under control," said a team spokesman, as it emerged that Lotus staff are in fact making their way to the scene of the Italian grand prix near Milan.

It is also reported that the team is now imminently close to being bought by Renault, the French carmaker that is set to change direction in F1 following a tumultuous couple of seasons with current partner Red Bull. But before that, there was the issue of unpaid staff wages, and Ecclestone is also thought to have intervened over the Charles Pic situation.

"I thought I should cover the wages of the people there to make sure they were all right and so that Lotus would at least get to Spa and, hopefully, to Italy," the F1 chief executive said. "But they really need to make progress with Renault now to make sure everything is ok," Ecclestone told the Times.

Once the Renault-Lotus deal is done, a domino effect is expected when it comes to engine alliances up and down pitlane. The headline news would be Red Bull's split with Renault, with the former world champions targeting customer Mercedes power.

Toto Wolff, however, is reluctant, and as he received the Lorenzo Bandini trophy on behalf of Mercedes this week, he even sounded critical of Red Bull's approach. "Our car and our successes are the result of hard work and huge investments by Daimler," he said. "We built our supremacy, while today there is a team that has decided they do not want to stay with their partner."

"It is a philosophy that is very different to ours. And nothing has happened yet, because we do not look so much at the possible benefits as at the negative arguments," Wolff added. However, if Red Bull and Mercedes ultimately do team up - as is also Ecclestone's wish - it is expected Toro Rosso would then move to Ferrari power.

Other rumours are potential engine deals between Mercedes and Manor, and Force India and Renault. McLaren is expected to remain the only Honda-powered team, despite Yasuhisa Arai claiming the Japanese power unit is now more powerful than Renault's. (GMM)