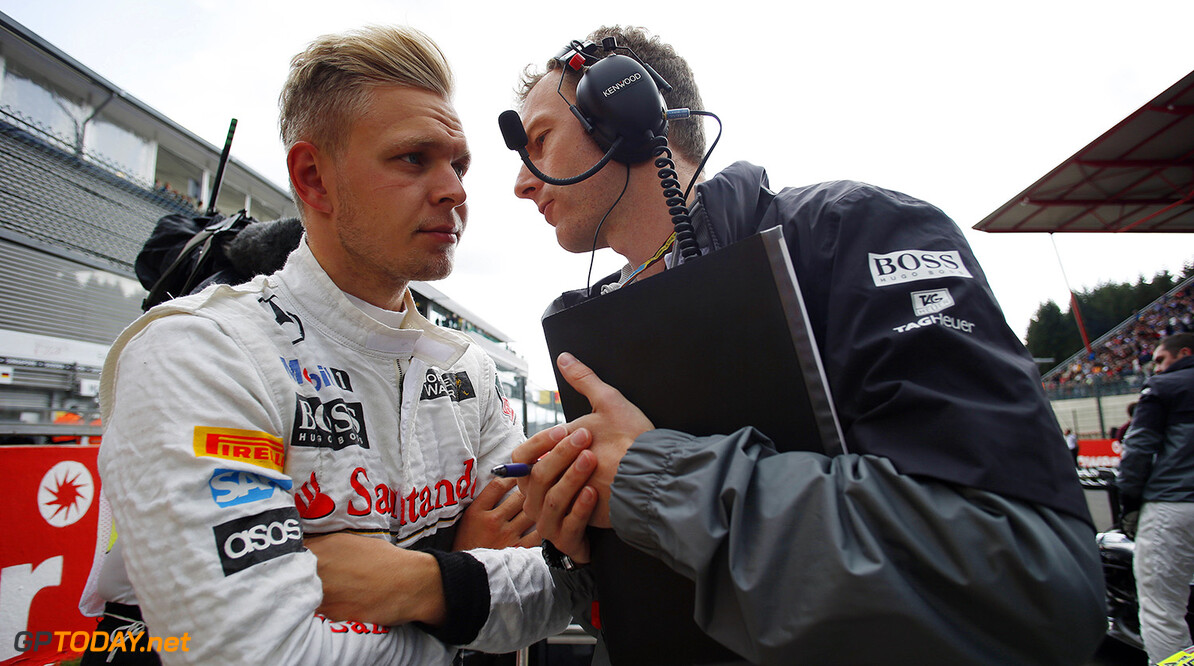 Mere hours ago, his F1 career appeared over, but Jenson Button is now half of what Ron Dennis is hailing as "easily the best lineup" in F1 today. But as ever in formula one, there was more than meets the eye to the controversial and protracted delay in deciding the identity of Fernando Alonso's Honda-powered teammate.

Conventional wisdom says team supremo Dennis, who favoured the young Kevin Magnussen, was ultimately out-voted by the McLaren board including fellow shareholder Mansour Ojjeh. Magnussen, at just 22, sees his race career stall at the first hurdle but he reacted by posting on Twitter a photo of The Terminator, which would logically be captioned 'I'll be back'. "But I'm still with a great team and I still have big opportunities in formula one," the Dane said at Woking on Thursday.

Dennis admitted choosing against Magnussen was "painful", but he suggested that part of the decision was to have a top driver on standby should McLaren have to run a third car at short notice. "We have a contract (to do that)," he revealed, "and if we have to run those three cars I want to have the best drivers."

But perhaps the most decisive part of the story was simply the difficult negotiations between Dennis and Button -- the highly-experienced 2009 world champion whose points haul was more than double Magnussen's this year. Ultimately, it emerged on Thursday, the 34-year-old had to grudgingly agree a more than $6 million pay cut, meaning his $12m is dwarfed by Alonso's staggering $50m deal.

In the end, with McLaren under increasing pressure to make a call, time ran out for Button early this week. "He (Dennis) put the options to me," Button revealed. "I just said yes." Dennis confirmed that once Button had agreed to the proposed "solutions" to the negotiating stumbling blocks, the rest of the deal was "very easy" to put into place.

But he also admitted that, until then, he had his reservations about Button's commitment, and had to insist upon at least a two-year commitment. "He hadn't been saying the things that would make me believe that this was really important to him," said Dennis. "Him saying yes to two years was one of a range of things that convinced me." (GMM)
F1 News Fernando Alonso Jenson Button Kevin Magnussen McLaren Honda
.