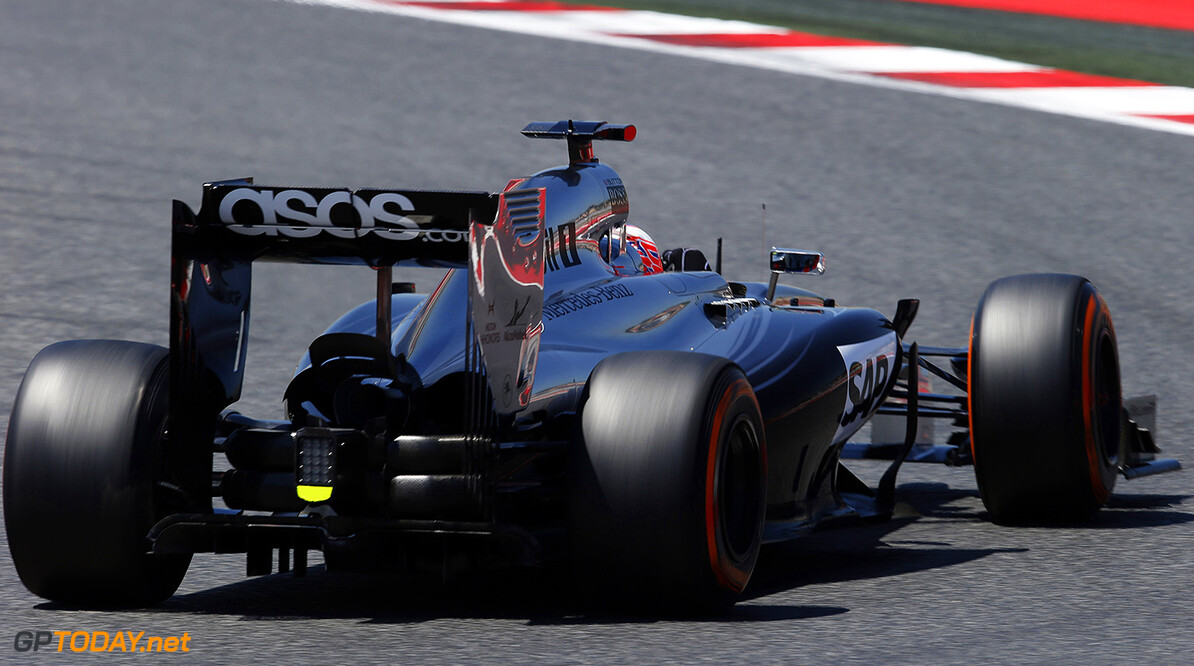 McLaren now deciding on who will be Alonso's teammate

For the first time since 2007, Fernando Alonso will make a visit to Woking this week, authoritative media sources are reporting. Spain's El Mundo Deportivo claims that after a deal between the Spaniard and McLaren was finally struck in Brazil, he is set to travel to the team's British headquarters on Wednesday to sign what is probably the most lucrative contract in F1 history.

Flavio Briatore, involved in Alonso's management throughout his F1 career, hinted at the McLaren move in an interview with Italian radio Rai. "Fernando wants to go to a team where there is the possibility to win in the future, even if it is not immediately," said the Italian.

Briatore suggested Alonso's patience with Ferrari had slowly faded over five championship-less seasons. "Ferrari will always remain in Alonso's heart, it is a team he loves, even though every year it was always spoken about the next one and nothing happened. There was also a little disappointment in not seeing an aggressive recruitment of engineers and staff that could raise the bar of the team," Briatore added.

It is believed the only obstacle to a McLaren-Honda announcement being made now is the collaboration's decision on who will be Alonso's teammate. On the face of it, and judging by his comments and body language in Brazil last week, Jenson Button looks set to be ousted, leaving the young Dane Kevin Magnussen as Alonso's teammate.

But Alonso is said to prefer to have Button on his side, as the former world champions' combined experience will push along the development of the new Honda V6 engine. "I hope he (Button) stays (in F1)," France's Le Figaro quotes Alonso as having said at Interlagos. He is a very talented driver and a good person. People like him are good for our sport."

Button, however, is not so sure Alonso will have the power to influence the decision. "It's a tricky one. Who knows what's going on inside Fernando's head?" Button is quoted by British newspapers after the Brazilian grand prix.

In the end, McLaren's decision could be a financial one, with Button costing the team multiple millions per year more than the rookie Magnussen. Button, however, has hinted that he might be prepared to take a pay-cut. "I still want to earn money from it," he said, "but I'm not a driver who takes the mick and I will race somewhere even if I'm not getting the big bucks, unlike a few drivers who are out there."

If he does go, it will be a sad farewell for F1's long-serving Button, who might be forgiven for sounding disappointed in McLaren for not going him more notice after an illustrious 15-year career. "It's like if your parents were to turn round and say 'We're not sure we want you at Christmas this year. But your brother can come, he's great'," Button said. "Feeling part of a family is more important than money."

Former McLaren driver David Coulthard agrees that McLaren has treated Button disrespectfully, having accusing the Woking team of seeing drivers as "light bulbs". "Maybe it (that comment) has had some reaction from the team, but I stand by my view," the Scot told the Telegraph newspaper. "The right thing is to treat people well. To have him (Button) hanging on like this is unfair. Going into the last race should be a celebration - if it is to be his last - but we may not know. He deserves better," Coulthard added. (GMM)
F1 News Fernando Alonso Jenson Button Kevin Magnussen Ferrari McLaren Honda BAR
<< Previous article Next article >>
.