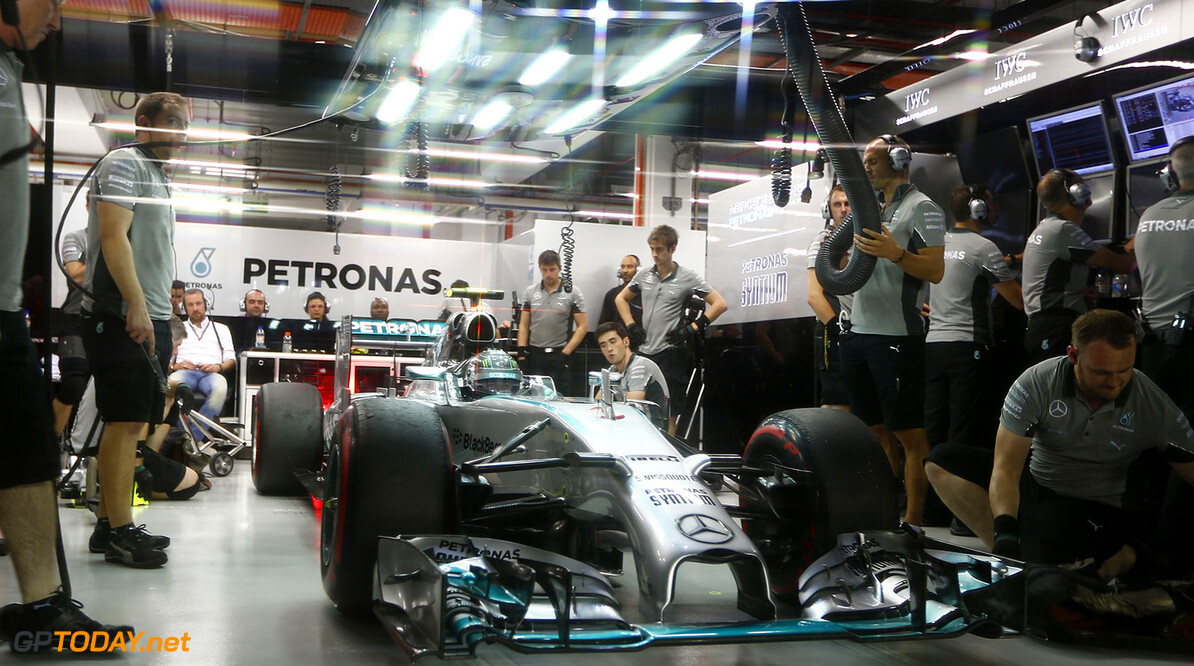 The final practice session for the penultimate qualifying session of the season got under way at Interlagos. There was talk of rain but a drop never fell but it is looking likely that qualifying will be a wet one.

It had been raining earlier on in the morning, so parts of the track were still a bit damp, with the kerbs being the main feature. The first driver to be caught out by them was Esteban Gutierrez in the Sauber. He took too much kerb when exiting Turn 12 and had to catch the back end stepping out.

Lewis Hamilton had a moment at Turn 1 in his Mercedes after he locked the rear wheels and did a 90 degree spin. The Brit was able to get going again but that set of tyres were done.

Another driver to get caught out at Turn 1 was Jean-Eric Vergne in the Toro Rosso. He locked up going into the corner and went straight on into the run-off area. The Frenchman then had to do what the driver who is replacing next year, Max Verstappen, did by going down the slip road the Senna S.

A lot of drivers were locking up with the two Williams drivers of Bottas and home favourite Massa doing just that.

Alonso finished his session early due to the Spaniard telling the team the engine isn't delivering full power and him wanting to save it for qualifying and the race.

Nico Rosberg topped the session with a 1:10.446 and made it a hat trick of topped sessions so far this weekend for the German. His team-mate Hamilton was second with Massa in the Williams third.

The rest of the top ten is as follows; Bottas, Ricciardo, Button, Raikkonen, Alonso, Magnussen and Kvyat.