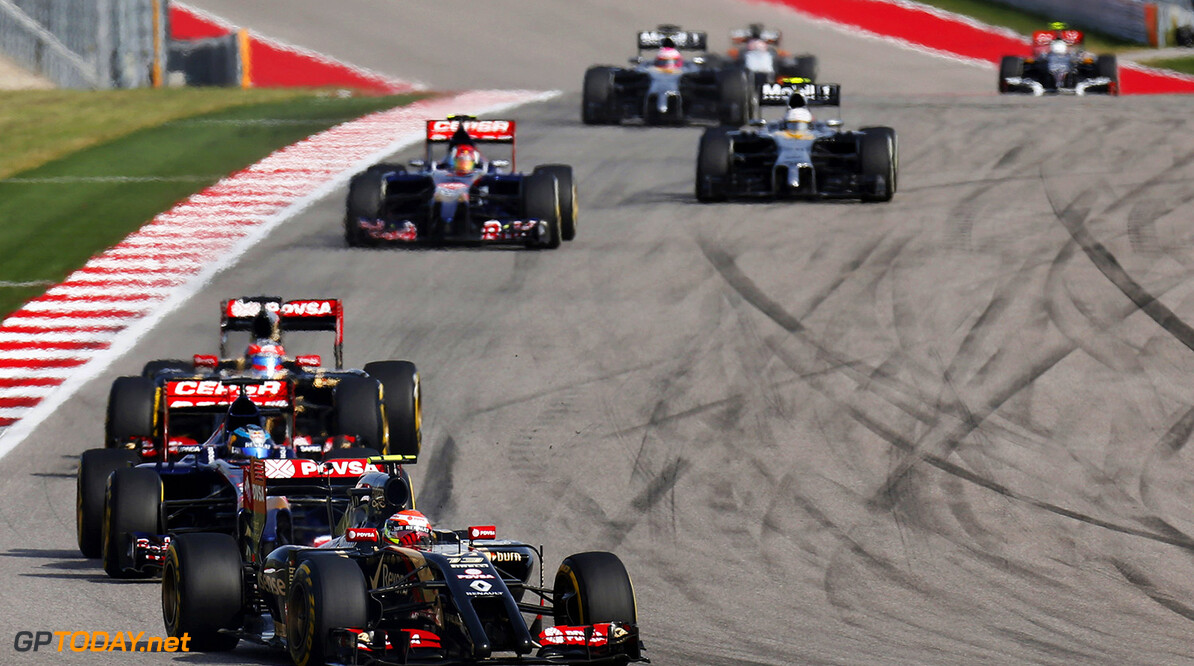 Ecclestone, CVC looking at 'base payment' for smaller teams

F1 authorities are scrambling this week to put down a lingering boycott threat ahead of the Brazilian grand prix. As the sport's air freight touches down in Sao Paulo, the Brazilian news agency Estado reports that organisers of the Interlagos race are dismissing claims of a boycott threat, insisting that 18 cars - every team with the exception of insolvent Caterham and Marussia - will line up on the grid.

In truth, the organisers are probably not in a position to issue such a guarantee. Angry Force India, Lotus and Sauber threatened to sit out last Sunday's Austin race, and the threats have resurfaced ahead of the remaining two grands prix in 2014. Indeed, it appears that Bernie Ecclestone and F1 owners CVC are taking the threats seriously.

It is believed CVC chairman Donald McKenzie has telephoned Lotus owner Gerard Lopez with the aim of diffusing the situation. Lopez is making clear his demands. "I know CVC and Bernie have been looking at this, but it's going to be a base payment given to the smaller teams, the racers, which is essentially going to make it possible for a normal budget to be pretty much closed," he said.

Initially, the big teams instinctively baulked at Ecclestone's proposal that they give up a percentage of their huge contracted bonus payments. But, perhaps also realising the angry minnows are serious in their boycott threat, Mercedes team boss Toto Wolff has now said he is willing to give up "a few per cent" if that is also matched by Red Bull and Ferrari.

Until very recently, Mercedes' grandee rivals appeared unmoved. "The teams are there to compete," Red Bull team boss Christian Horner is quoted by France's L'Equipe, "not to sponsor each other." And Ferrari's Marco Mattiacci agreed: "Ferrari is focused on making the pie bigger, not changing the way the pie is cut."

The latest reports and rumours, however, suggest a solution may now have been found. "To be honest, it's really not a complicated thing to do," said Lopez. "It just requires a bit of goodwill. The overall amount we're discussing, once you start dividing it by the number of teams, is not that massive. I really think there is a way to solve this in the coming days, probably even to get to a proposal before Brazil. In which case I don't see the point in doing anything drastic that would damage the sport," he added. (GMM)
F1 News Lotus F1 Ferrari Force India Mercedes Sauber Marussia
<< Previous article Next article >>
.