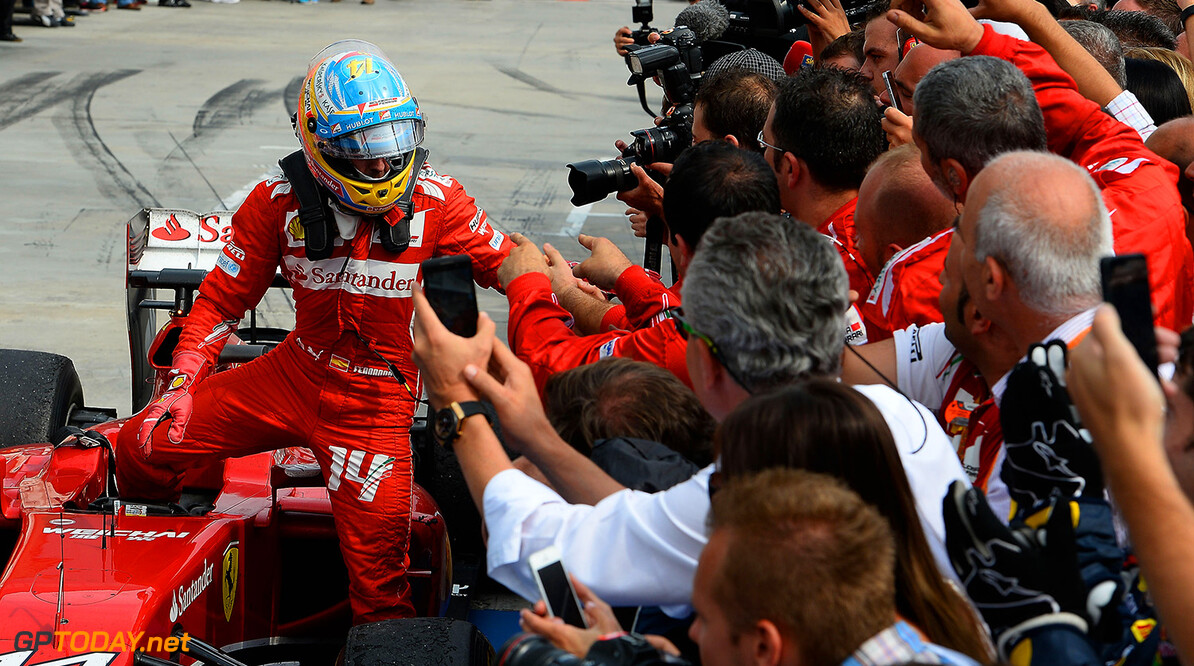 It is perhaps the burning question in F1 at present -- what is Fernando Alonso going to do next? Hopeful rookie Carlos Sainz jr, a fellow Spaniard, summed up the mood of the entire paddock when he told AS newspaper on Wednesday: "I have no idea." In fact, some F1 protagonists believe they know what is going to happen.

Italy's specialist La Gazzetta dello Sport declared on Wednesday that new Ferrari president Sergio Marchionne will travel to Austin this weekend for a double announcement -- Alonso's exit and the arrival of Sebastian Vettel. That may be the case, but the inner workings of Alonso's apparently inevitable departure from the Maranello team are probably more complicated.
More about Ferrari


Michael Schmidt, the highly respected correspondent for Auto Motor und Sport, thinks he knows the answer, having written it down in two recent articles. The crux of the matter is that with German Vettel having apparently already signed for 2015, Ferrari also has valid contracts for next season with Kimi Raikkonen and Alonso.

It is the manner in which Alonso's contract is terminated that is apparently the cause of the current and mysterious delay. If the 33-year-old is the one who pulls the plug, he can walk off to McLaren-Honda, another team, or a sabbatical.

But if Ferrari is the one that legally calls off the deal, the Italian team will have to compensate Alonso to the tune of tens of millions of euros -- just as it had to do at the end of 2009 when Raikkonen was farewelled ahead of time. "Rumours have it that the Spaniard has a choice: either drive (in 2015) or take the severance," said Schmidt.

"But Ferrari does not want this. Why pay someone who himself wanted to leave the team? He will not drive, because they already have two drivers in Vettel and Raikkonen. Mediation talks have brought no breakthrough until now. Both parties want to avoid going to court and instead find a noiseless compromise." (GMM)
F1 News Fernando Alonso Sebastian Vettel Carlos Sainz Jr Ferrari McLaren Honda
.