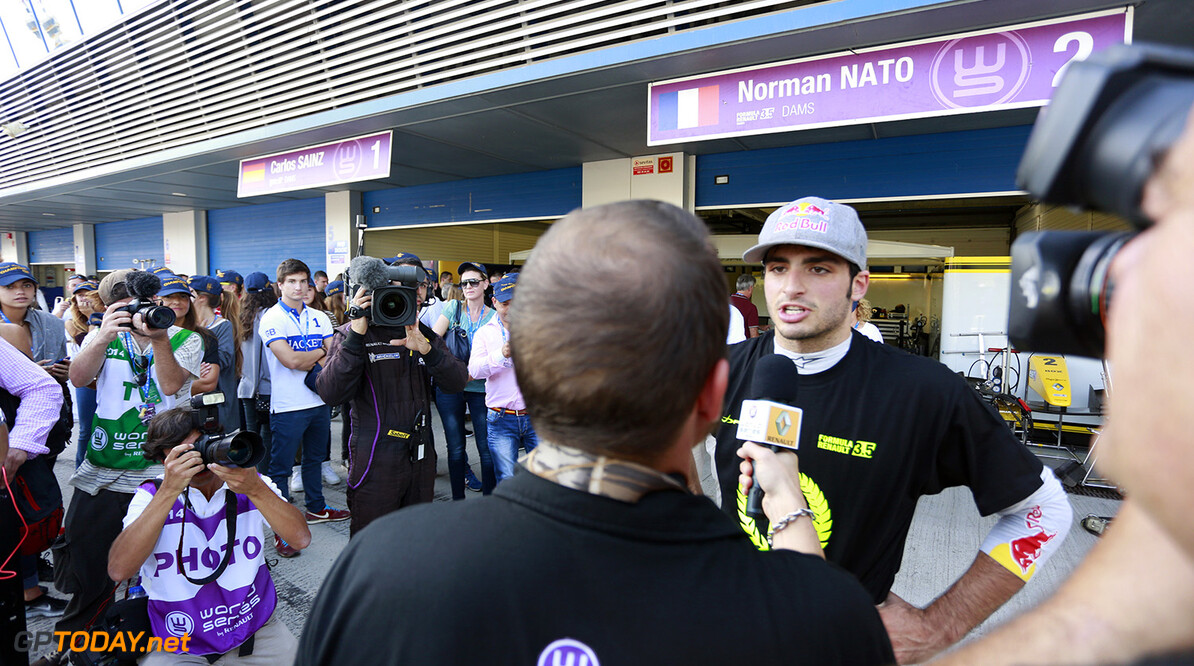 Sainz thinks he deserves Toro Rosso seat for next year

Carlos Sainz jr is convinced he should be handed his F1 debut by backer Red Bull. The 20-year-old is the newly crowned champion of the highly rated Formula Renault 3.5 series, but he was overlooked by Red Bull for a guaranteed seat at the junior team Toro Rosso for 2015.

Red Bull decided instead to fast-track the F1 promotion of teenage F3 sensation Max Verstappen. It means Spaniard Sainz is now clinging to hope he will be picked to be fellow rookie Verstappen's teammate next year, even though keeping the experienced Jean-Eric Vergne for another season now appears the safer bet.

Sainz, whose father and namesake is the world rally legend, sounds increasingly impatient as he waits for Red Bull's decision. "I think I deserve the seat," the young driver told the Spanish daily Marca, "and anything other than a seat at that level would bother me a bit. "Max was third in his championship (European F3), which was won by another rookie," said Sainz.

He is referring to 18-year-old Frenchman Esteban Ocon, who according to Lotus performed "exceptionally" during his F1 test debut at Valencia last week. And "I'm at the level above that," Sainz, the new Formula Renault 3.5 champion, insisted. "I'm the youngest in history and I've won it with record wins and fastest laps. If Verstappen deserves that (Toro Rosso) seat then I deserve it even more," he added. (GMM)
F1 News Max Verstappen Carlos Sainz Jr Esteban Ocon Lotus F1 Renault
<< Previous article Next article >>
.