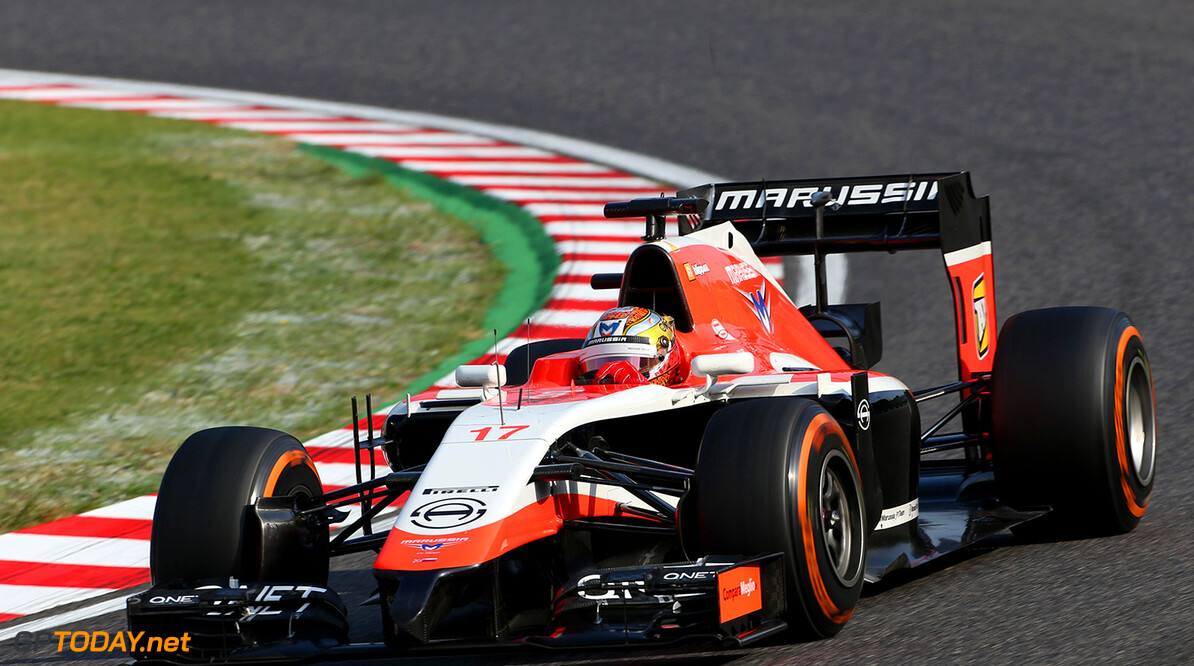 Jules Bianchi has been involved in a major crash at the Japanese Grand Prix.

The Frenchman hit a JCB recovery vehicle that was removing Adrian Sutil's stricken Sauber from the circuit.
More about Ferrari


Both the Safety and Medical car were deployed and he was taken initially to the Medical Centre before being transferred via ambulance to a local hospital with a police escort.

It was confirmed by the FIA Press Officer that Bianchi was not conscious when he was transferred and his current condition is unknown. It was expected that he would've travelled to hospital by air ambulance, however with the inclement weather conditions it was not possible.

A statement was released by the aforementioned Press Officer, Matteo Bonciani: "Driver is not conscious. He's been sent to the hospital by the ambulance. A further update will follow, for now we cannot say anything".

All members of F1Today.net would like to extend their best wishes to Jules Bianchi at this time.

This image of the incident has been found on Twitter regarding the crash.

The car has now been returned to the pit-lane for examination by the FIA and Marussia team.

Adrian Sutil has told the media: "Situation with Bianchi is critical. I hope he is in good hands. I was standing right next to it. Don't want to talk about details."

Images have been found on Twitter of Bianchi's car after the incident. It appears as if the cockpit area collided with the rear of the truck. There is no further news on Bianchi's current condition at present.

Eye witness: "Bianchi crashed under the tractor, the head area / airbox was damaged too because of the impact on the tractor, while removing Suti's car."

He's been taken to Mie university hospital, less than 10 miles away. Ferrari boss Mattiacci and Felipe Massa have gone to be with Bianchi.
F1 News Felipe Massa Ferrari Sauber Marussia
.