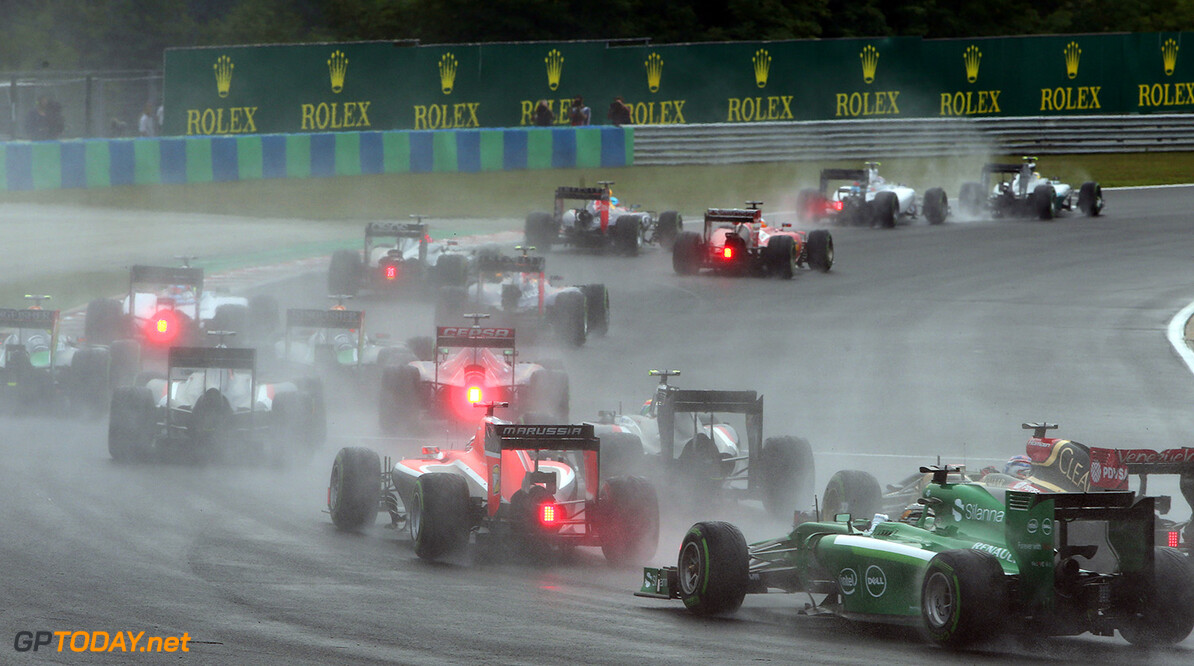 Tired faces left the Hungaroring paddock last Sunday looking forward to a break. Not only is there now a rare month-long gap between the races in Hungary and Belgium, the teams have agreed to close their factories and even turn off email servers for a two-week period. It means almost everyone involved in the hectic world of formula one will be forced to take a holiday.

With heavy 'FRIC' suspension no longer aboard the dominant Mercedes package, Lewis Hamilton said he will use the break to put some weight on. "It will be good to get fit, so I'll put a bit of weight on - muscle not fat - and come back stronger physically and mentally," said the championship chaser.

Hamilton's teammate Nico Rosberg told Kleine Zeitung newspaper: "I'm going to spend the time with friends and family and go to Ibiza." But before that, according to Bild newspaper, the 29-year-old will stop over in southern France to add a traditional church ceremony to his recent civil wedding vows.

"The break will do us all good," said world champion Sebastian Vettel, who has had a difficult first half to his latest title defence. "You just try to relax and get a little bit away from thoughts of the race track," the German, who lives quietly in Switzerland with his partner Hanna and 7-month-old daughter Emily, smiled.

According to Bild, a mischievous Vettel has a cheeky idea about how he would like his Red Bull engineers to spend their break. "I'd like them to drop by the Mercedes factory," he joked, referring to Renault-powered Red Bull's struggles against its more powerful rivals in 2014.

As for Ferrari, boss Marco Mattiacci - new to F1 and the sport's traditional 'summer break' - doesn't like the idea of shutting down just when the struggling Maranello team has delivered a strong result. "We are not stopping thinking about how to make progress, there is no shutdown," he said. "We are about 1.2 seconds behind the leaders, which means months or even years of work, so we cannot allow ourselves to shut down mentally," Mattiacci added.

And before the official holidays begin, a series of key meetings are scheduled to take place. The first involves team bosses in London on Thursday, while Italy's La Gazzetta dello Sport claims Mercedes' Niki Lauda will sit down on Saturday with Ferrari president Luca di Montezemolo. The main theme is the need to react to the sport's supposed flagging popularity by adjusting the regulations.

La Gazzetta said the themes uppermost in Ferrari's mind is the need to free up the possibility for technical innovations, relax the engine 'freeze', and increase track testing. Also potentially on the table is a proposal offering a championship point for the fastest driver on Fridays, the newspaper revealed. (GMM)
F1 News Lewis Hamilton Nico Rosberg Sebastian Vettel Mercedes Renault Ferrari
<< Previous article Next article >>
.