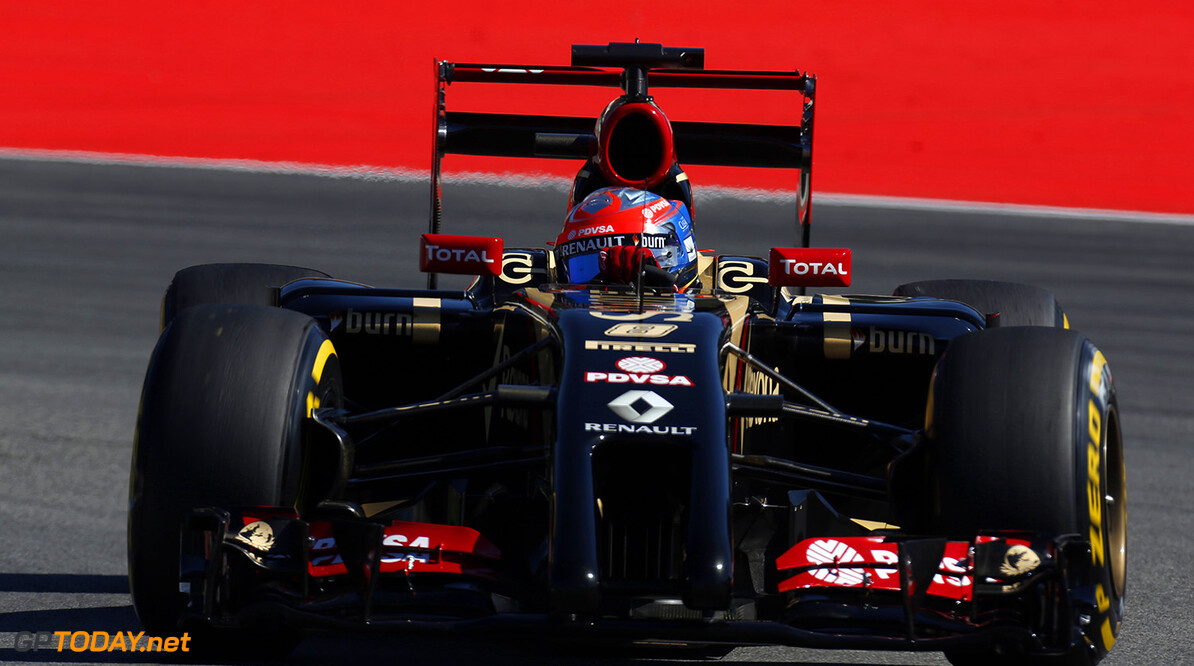 Grosjean in no hurry to finalise his plans for 2015

With his Lotus future in doubt, Romain Grosjean could be eyeing a move up the formula one grid. The Enstone based team is sticking with its other driver, Pastor Maldonado, whose sponsor PDVSA brings millions in crucial backing. Frenchman Grosjean's Lotus connections, however, are fading -- manager Eric Boullier has gone to McLaren, while Renault and oil partner Total are set to be replaced by a new Mercedes deal.

But Grosjean may also be the target of teams higher up the grid, having firmly dispensed with his 'first lap nutcase' reputation. "You always think about the future, it's natural," Italy's La Gazzetta dello Sport quoted Grosjean, 28, as saying ahead of the Hungarian grand prix. "I want to win races, and soon. I will evaluate every opportunity, but right now I just want to find the best setup for this race in Hungary."

Grosjean's name, however, has already been strongly linked with the now Boullier-run McLaren. "With the arrival of Honda, it could be interesting," he said, "but there are many prestigious teams like Ferrari, a myth, and also Mercedes is very strong," he added. And what about Williams? The Grove based team is arguably now the second best on the 2014 grid, and while Valtteri Bottas is riding a wave of form, Felipe Massa is not as happy.

The Brazilian began his weekend in Budapest continuing to fume at Kevin Magnussen, blaming not only the Dane for the Hockenheim rollover, but also the FIA stewards for clearing the young McLaren driver. "If the stewards are thinking like that," said Massa, "I don't know who they (the FIA) are taking to be stewards to be honest."

When asked about Williams' 2014 form, Grosjean said: "They have been a big surprise. They were in huge trouble last season," he told RMC Sport, "but this year they have a car that works beautifully." But when asked about his plans for 2015, Grosjean insisted he is in no hurry. "There is no fire on the lake, as we say in Switzerland," he smiled. "At the moment, I am focused on what I can do with the car, while the managers are allowed to discuss," Grosjean smiled again. (GMM)
F1 News Valtteri Bottas Felipe Massa Romain Grosjean Pastor Maldonado Kevin Magnussen McLaren Ferrari Renault Mercedes Lotus F1 Williams Honda
<< Previous article Next article >>
.