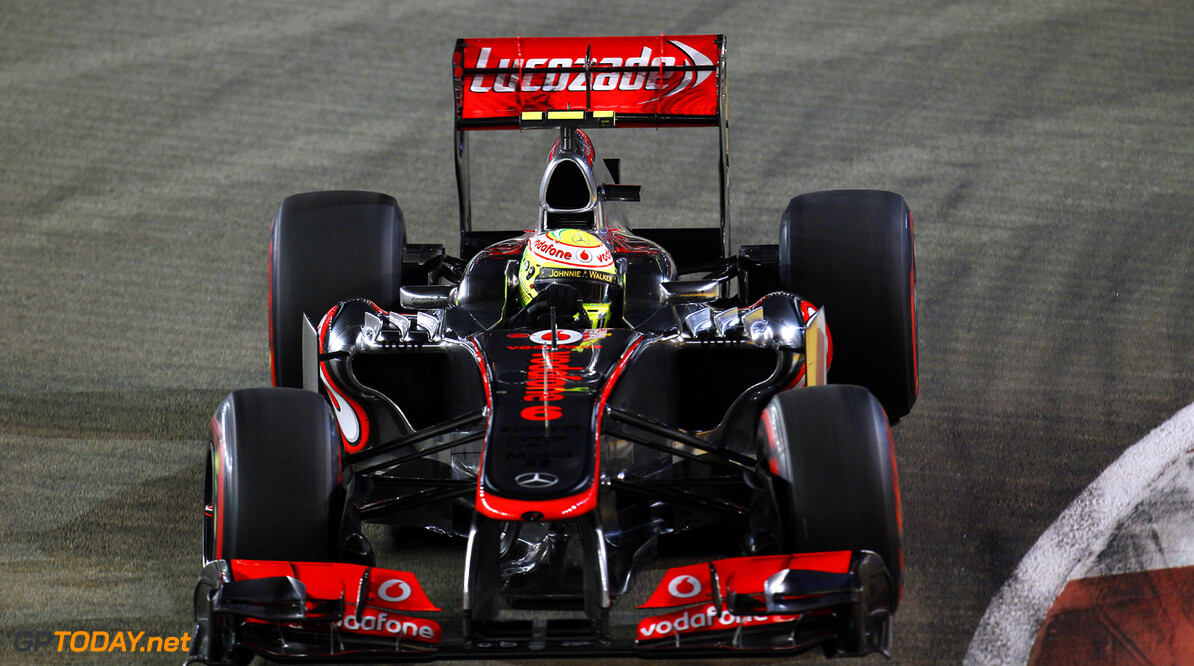 At the first race after it emerged Mexican Sergio Perez has been dropped for 2014, the Mexican consulate reportedly complained about "several" offensive flags ahead of the US grand prix, which takes place in Texas, close to the Mexican border.

The Spanish newspaper AS quoted a Mexican official as saying the country was "profoundly disturbed" by the images.

McLaren said: "The flags were neither manufactured nor authorised by McLaren.

"As soon as we understood the nature of the issue, we immediately ordered the flags be removed.

"We appreciate that embarrassment and offense has been caused, and we regret that the agents and sub-contractors have caused such a situation to arise," the statement added.

In Spanish, Perez defended the British team, telling his Twitter followers: "McLaren would never do something like that."
F1 News Sergio Perez McLaren
<< Previous article Next article >>
.