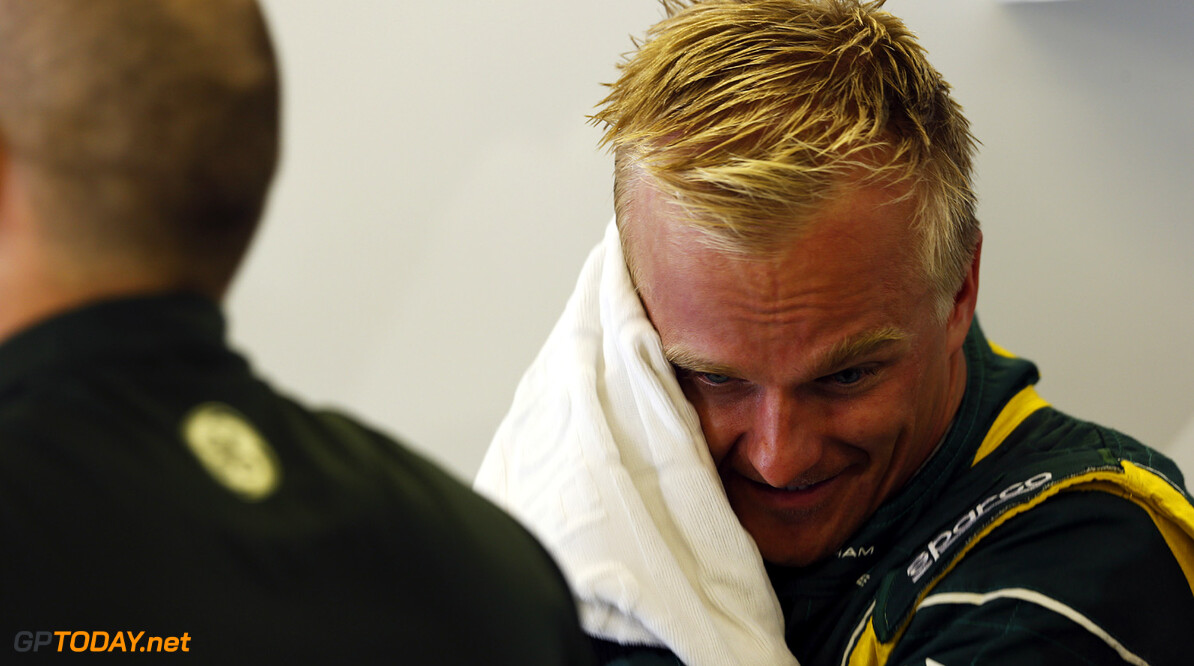 Kovalainen would be 'smart idea' for Lotus - Salo

Fellow Finn Mika Salo has nominated Heikki Kovalainen as the ideal replacement at Lotus for his surgery-bound countryman Kimi Raikkonen. The conventional wisdom is that Lotus will simply promote its reserve driver, 2012 GP2 champion Davide Valsecchi, into Raikkonen's seat for the remaining two grands prix of the season.

Italian Valsecchi, however, is a rookie, but Enstone based Lotus is locked in a lucrative and - given its financial problems - crucial battle for points and prize money in the constructors' world championship's upper places. "I have thought about this for a while," former F1 driver Mika Salo told the Finnish broadcaster MTV3, "and I think getting Heikki would be a smart idea."

The highly-rated Kovalainen is desperate to break back into F1 after losing his Caterham seat at the end of last season. He is also better prepared than Valsecchi, given his appearance for Caterham on several Friday mornings in 2013.

"Valsecchi will hardly be able to do anything on a completely new track to him," Salo said, "but Heikki has raced in Austin. Caterham also has a Renault engine. Heikki has been waiting for something like this, and if I was a team boss, I would take him rather than Valsecchi. That's nothing against Valsecchi, but simply about Lotus needing to score points," added Salo.

Arguably the neater solution for Lotus would be to use the Raikkonen situation to put together its permanent 2014 driver lineup ahead of time. Nico Hulkenberg is in the running for the seat next year, and he might be able to pull out of his Sauber contract, after the Swiss team was late in paying him earlier this year.

A Sauber spokesperson told Speed Week: "Nico will do the last two races for us, just as he did the other 17." Hulkenberg's manager Werner Heinz would not comment specifically on the Raikkonen situation, but DPA news agency quotes him as saying: "We are still in talks with several teams, including Lotus."

The other known candidate to replace Raikkonen next year is the strongly PDVSA-backed Pastor Maldonado, who will not be racing for Williams in 2014. "There are four possible candidates," Lotus team owner Gerard Lopez told the German newspaper Die Welt. "These include Nico Hulkenberg and Pastor Maldonado, and I won't say anything about the other two."

Undoubtedly, if Lotus' 'Quantum' investment deal finally collapses, Maldonado's Venezuelan backing will surely make him the favourite for the 2014 drive. But Lopez insists that it is wrong to write off the 28-year-old as a mere 'pay-driver'.

"Don't forget," he said, "Maldonado has won a grand prix. He doesn't have to hide anything. We would not put someone in our car who has just got their driver's licence, no matter their means," Lopez added. (GMM)
F1 News Pastor Maldonado Williams Lotus F1 Renault Sauber
<< Previous article Next article >>