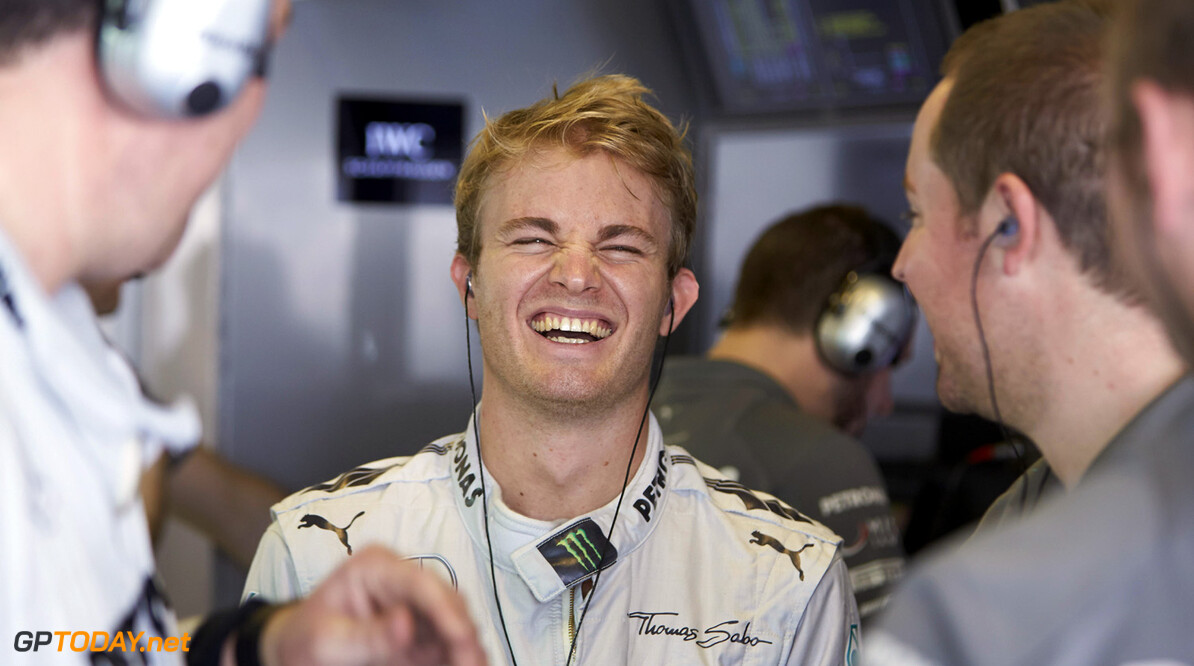 Rosberg sure of a good season for Mercedes in 2014

Nico Rosberg says he is confident Mercedes can end Red Bull's dominance ahead of the 2014 season. At first glance, the German's prediction seems unlikely, given the way Sebastian Vettel is currently winning grands prix with a two-second per lap advantage.

"Well, I don't think it's two seconds faster," Rosberg is quoted by Brazil's Agencia Estado, "I think it's less than that. Ok, maybe it (the advantage) is that sometimes, but - either way - I'm not worried, because next year is a great opportunity where everyone will be put back to zero. Everybody starts from scratch," he added.

Actually, the claim that all teams will start 'from scratch' at the beginning of 2014 might not be completely accurate. It is believed that, due to the complexity of the radical and all-new turbo V6 and 'power unit' regulations, one engine manufacturer might have a clear early advantage. It is rumoured that engine marque could be Mercedes. Reliability will also be crucially important.

"Whoever wants to win the 2014 title," Ferrari boss Stefano Domenicali told Die Welt newspaper this week, "must have a reliable unit at the beginning of the season. Since fuel consumption will be limited, the engine must be powerful but still efficient," he added. "The first races will be the most important next year," Domenicali claimed. "Whoever has the most wins at an early stage of the season will succeed in the end. I am convinced," he added.

Rosberg, meanwhile, said he is convinced Mercedes - who like Ferrari is the other engine rival for Renault-powered Red Bull - can do a good job ahead of the new era. "Earlier this season, without the regulation change, we were sometimes the fastest car," he said. "We did an amazing job last winter and I am confident we can do it again. Ok, this year we've had some weaknesses but we've learned from it. I am very sure we can have a good season," added Rosberg. (GMM)
F1 News Nico Rosberg Sebastian Vettel Renault Ferrari Mercedes
.