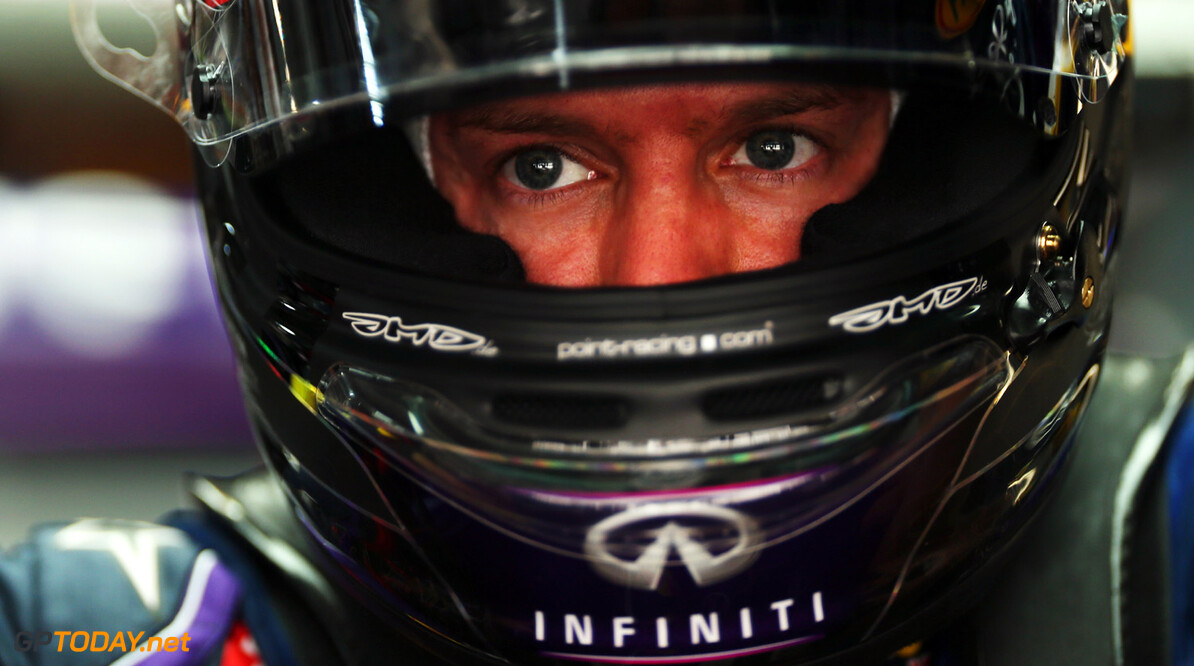 He may have clinched the title at the last race in India, but Red Bull's Sebastian Vettel showed no signs of taking his foot off the gas as he topped the timesheets in second practice in Abu Dhabi on Friday evening.

After Sergio Perez had started the ball rolling for McLaren, Vettel took control early on using Pirelli's medium tyres before Raikkonen moved ahead for Lotus as he switched to the softs. He was soon displaced by Hamilton before Webber and then Vettel moved to the fore.

McLaren also looked more than respectable with Perez hanging on to sixth fastest time with 1m 42.006s and Jenson Button backing him with 1m 42.010s. Fernando Alonso was within striking distance of the silver cars with his Ferrari on 1m 42.171s, then came Nico Hulkenberg on 1m 42.324s for Sauber ahead of Felipe Massa on 1m 42.440s in the second Ferrari. Esteban Gutierrez was right up with his Sauber team mate with 1m 42.509s.

First session pacesetter Romain Grosjean was only 12th in the second Lotus after problems and the belief at one stage that 'something broke' on his E21. He lapped in 1m 42.607s.

Paul di Resta was another to have similar problems, losing time with an off due to a damaged left-front tyre which left him 13th on 1m 42.806s ahead of Williams' Pastor Maldonado on 1m 42.952s. Adrian Sutil was also in the wars, with three separate minor offs in his Force India which he took to the 15th fastest time in 1m 42.998s.