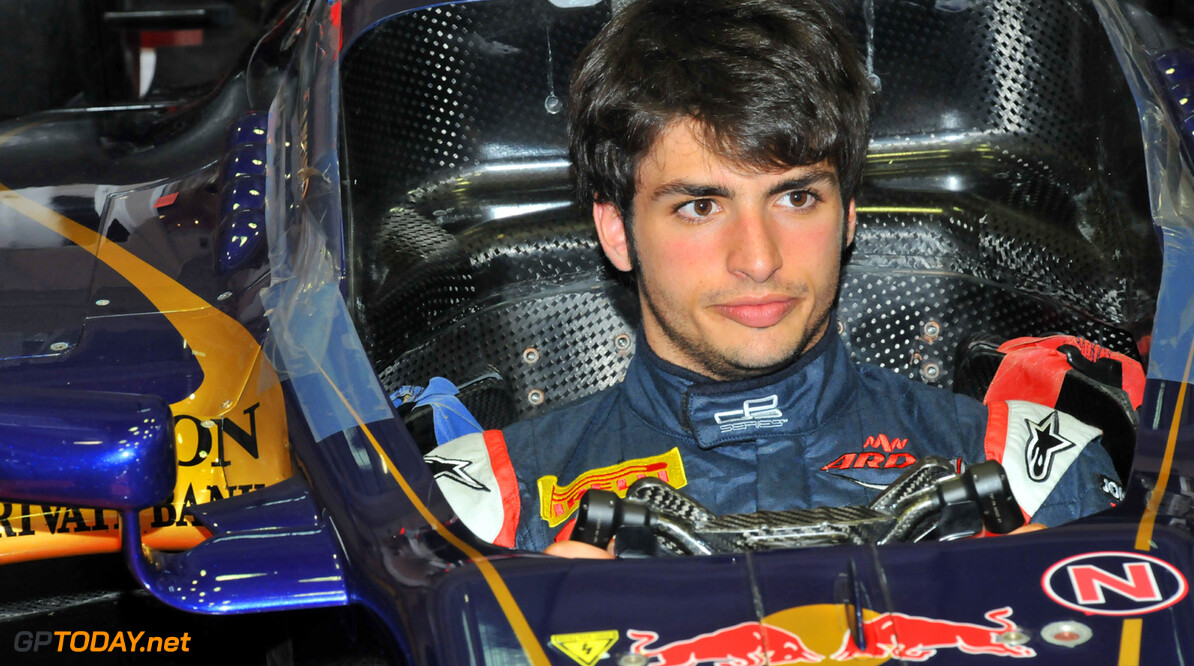 Sainz 'satisfied' despite missing out on Toro Rosso seat

Carlos Sainz jr insists he is "very satisfied" despite missing out on the vacant seat at Toro Rosso for 2014. Like Antonio Felix da Costa and Daniil Kvyat, fellow Red Bull junior and Spaniard Sainz was in the running to move into formula one to replace Daniel Ricciardo.

Kvyat, who like Sainz is 19, got the job. "I knew that the possibility (of securing the Toro Rosso seat) existed," Sainz, whose father and namesake is the world rally legend, is quoted by EFE news agency. "But I was sure that it would be da Costa, although in the end it was Daniil Kvyat." Like Kvyat, Sainz raced in the third-tier GP3 series in 2013, and in some Formula Renault 3.5 series races. "I am very satisfied with running in the (Renault) world series next year," Sainz jr insisted.

But he also admitted there is the "possibility of being the third driver" for Toro Rosso "in some races" next year. "It depends on many things and they have not confirmed anything," Sainz said, "but it would be another step for me."

Meanwhile, Sainz congratulated Sebastian Vettel for his fourth title win, but admitted that his countryman Fernando Alonso, racing for Red Bull's arch rival Ferrari, is his idol. "Fernando knows he is the best driver on the grid; everyone considers him to be the best and nothing changes that," he said.

"But in formula one it depends not only on you but on many factors, the main one being the car. Without a winning team, it's hard to win," added Sainz. "Alonso shouldn't be frustrated, because he has the respect of all the drivers and world motor sport," he said. (GMM)
F1 News Fernando Alonso Daniel Ricciardo Daniil Kvyat Sebastian Vettel Carlos Sainz Jr Ferrari Renault
.