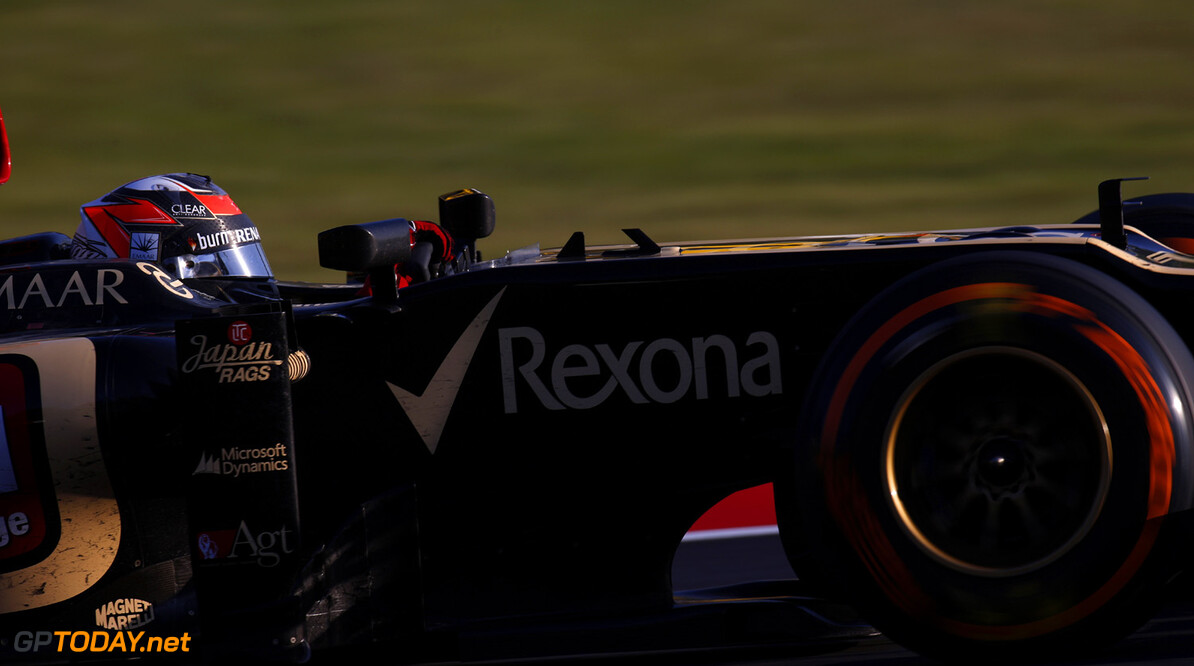 Kimi Raikkonen has pointed to Pirelli's reversion to 2012-specification tyres, and the tightening of the operating guidelines, as the reason he has fallen off the pace at recent grands prix. The Finn denied that his impending switch to Ferrari might explain why teammate Romain Grosjean appears to have moved ahead inside the Lotus team.

Told there is an obvious link between Raikkonen's drop in pace and his 2014 move to Ferrari, teammate Grosjean insisted: "It may look like it, but there is no direct link.

"Ok, it's my chance to prove that I can lead the team, but from my side it was all about just taking one step at a time," the on-form Frenchman told Die Welt newspaper.

Raikkonen, meanwhile, pointed to the tyres, whose specification was changed by Pirelli in the wake of the explosive British grand prix.

"I can get less out of them than Romain on a (single) flying lap," he is quoted by Agencia Estado.

"In the race it's less of a problem because you're not so much at the limit of the car, but when you have started down the grid, it's too late to attack the leaders."

The 2007 world champion said Pirelli's clamping down on the tyres' operating guidelines also hurt him.

"They increased the limits for camber and tyre pressure," Raikkonen explained. "So there's not much you can do about it.

"Before we had more freedom," he added.

Raikkonen is also quoted by Finland's Turun Sanomat: "I am not happy with the behaviour at the front of the car, and we have a limited ability to change it."

Raikkonen will be Fernando Alonso's teammate at Ferrari next year.

The Spaniard said Romain Grosjean is doing a "good job" alongside the Finn at present.

"But it's not a big surprise," Alonso is quoted by RMC.

"Last year he made some mistakes, he was sometimes too aggressive, but it has changed this year.

"He is a little bit calmer and he is doing a good job of using his speed on the track. "Romain has always been a good driver," added Alonso, who was Grosjean's teammate at Renault for part of 2009.
F1 News Fernando Alonso Romain Grosjean Renault Lotus F1 Pirelli Ferrari
<< Previous article Next article >>
.