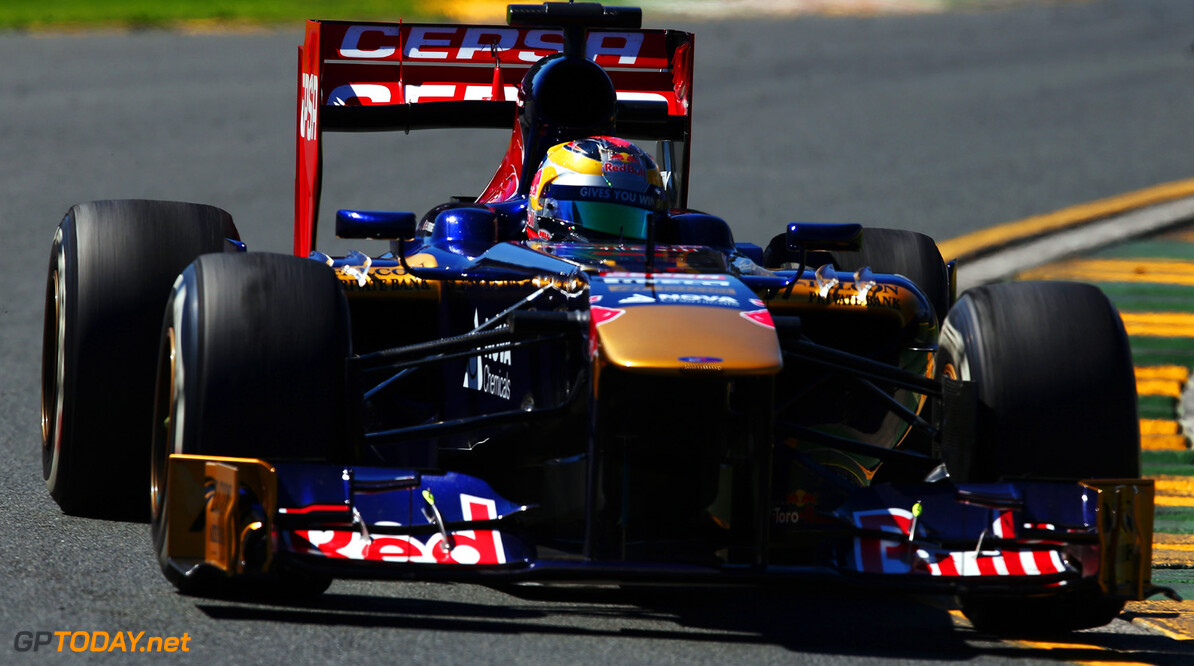 As always, there is much to be said when a single-seat driver from any series is promoted to Formula One racing. Being the pinnacle for any motor racing driver, F1 seats, even with tier 2 and three teams are coveted, and not easily earned.

The recent promotion of Russian driver Daniil Kvyat by Scuderia Toro Roso has brought these question to the minds of F1 fans around the world. This is to be expected. When a famous 'up-and-comer' is promoted from the minor leagues to the major leagues in any sport, the fans begin to talk and all sorts of conspiracy theories and rumors fill conversations at work and sports bars. It is no different in F1. The fans love their sport and they love to talk about it. But this promotion, along with others still pending, along with experienced names being over-looked in favor of more rookies, now even the F1 Teams themselves are asking - 'is this too much too soon?

Yesterday articles about Anthony Davidson, former F1 pilot began surfacing as he related to on-track safety. It seems some drivers become more aggressive as driving conditions become more safe, and the risk of personal injury is diminished - or so it was argued by Davidson. This holds some merit and has most likely grabbed the attention of some serious thinkers in FIA. But add to that the inexperience of so many rookies being promoted so quickly into F1 (when most inside the sport question the speed at which these drivers are being promoted), it makes safety matters worth even further consideration.

McLaren managing director Jonathan Neale was recently asked during a conference call how he felt about some of these announced, and expected announcements of Jr.'s being promoted to F1 second seats as rookies for the 2014 season. He responded the only way he could, by answering the question as if it were applied to Team McLaren.

Neale said, "Stepping up from GP3 into F1 is still a very big step, with the weight of expectation. In particular with the transition in technology from this year to next year. We ourselves are really trying to work out how this package is going to operate effectively, how we run efficiently, how we overcome the aerodynamic and powertrain challenges. It's difficult enough for us without throwing a young driver into the mix. "It has been done successfully historically by exceptional candidates, but Formula 1 is a very high-pressure environment and very unforgiving."

And so it is. Transition itself is hard enough, but transitioning from more Jr. series into F1 when seasoned drivers seem to be driving more aggressively, and major teams themselves will be fiddling all year to acclimatize to the new Rules set published by FIA, makes some inside and fans outside F1 wonder about the results, and perhaps more importantly, the reasoning behind the promotions.

With so many teams struggling for money as it is with the expected names on that list being teams like Sauber, Caterham, Force India and Marussia topping the list, we also hear rumors about underfunding in the stables of Toro Rosso and even major names like Lotus and McLaren.

Some of these rookie drivers come to the table with major sponsorship money. Buying a seat in F1 used to be as common as it once was in buying your way to be Pope. In today's F1 marketplace however, while this practice is not as common as it may once have been, it is much less likely as teams cannot rick the investment in replacing sacked cars that cost multi-millions to field. However, if the sponsorship money covers the potential losses, perhaps it is easier?

For the safety of the drivers, one hopes that this is not the case. But money talks, and even the fans know it.