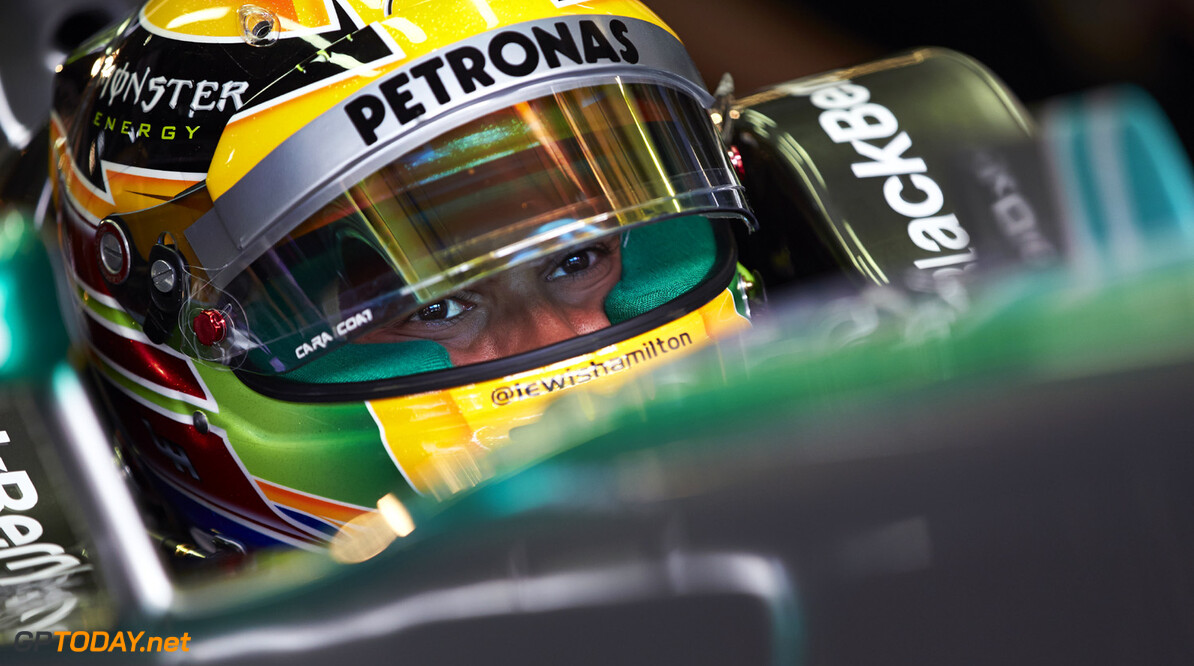 Mercedes' Lewis Hamilton had the edge over the Red Bull pairing of Sebastian Vettel and Mark Webber as practice got under way in Korea on Friday.

The Briton lapped in 1m 39.630s which proved quick enough to withstand a very late challenge from Sebastian Vettel, as the world champion pared down to 1m 39.667s to miss out by 0.037s. Mark Webber underlined the Red Bull threat with the third fastest time of 1m 39.816s.

Nico Rosberg ended the morning in fourth place in the second Mercedes on 1m 40.117s, ahead of late-improving Jenson Button on 1m 40.215s for McLaren and Fernando Alonso on 1m 40.374s for Ferrari.

Romain Grosjean was the quickest of the Lotus's on 1m 40.396s, just ahead of team mate Kimi Raikkonen on 1m 40.677s, though the Finn has a race against time to make FP2 after ending the session by crashing heavily into the barriers out of the final corner.

Next up came Sergio Perez, who had set the pace initially, on 1m 40.860s in the second McLaren, whilst Felipe Massa lost time with a puncture before recording 1m 40.880s for tenth place.

Valtteri Bottas just failed to break the 1m 42s barrier for Williams with 1m 42.002s, which left him 16th ahead of Toro Rosso's Daniel Ricciardo on 1m 42.043s. James Calado had his second Friday morning run for Force India in Paul di Resta's car and impressed again with 1m 43.008s which he set very early in the session when Perez was fastest on 1m 42.825s. Thereafter the Briton, who had one half spin, focused on race set-up work.