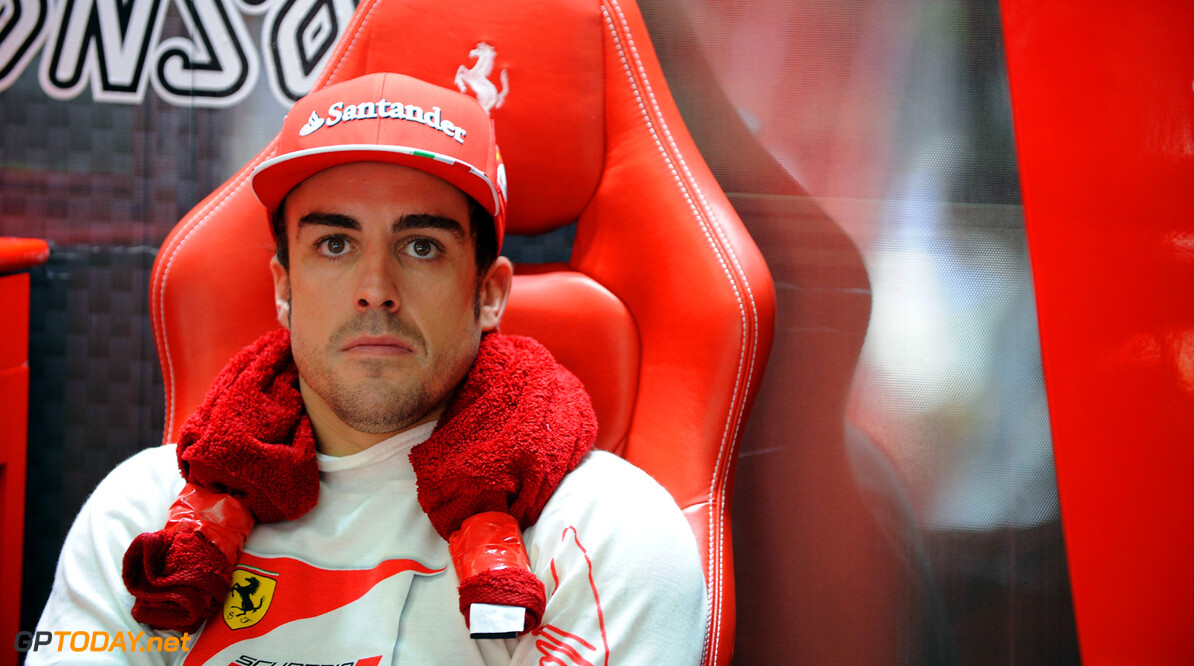 The big rumour that shone under Singapore's lights on Thursday was all about Fernando Alonso -- and McLaren. It was being whispered up and down the paddock that the real reason the British team is delaying the announcement about its drivers for next year is because negotiations with the disgruntled Ferrari 'number 1' Alonso are taking place.Asked by the Daily Mail if he would hire the Spaniard, whose first McLaren stint in 2007 ended acrimoniously, team boss Martin Whitmarsh admitted: "Yes, if I could."

Jenson Button said on Thursday that his 2014 deal with McLaren is already "done". But it is believed the announcement is being held up so as not to focus speculation on the seat currently occupied by Sergio Perez. Button, however, denied the Alonso subject is rampant even among those wearing McLaren team gear in Singapore. "There hasn't been a word, that's the honest truth," he told the Independent newspaper. "But I think it (being paired with Alonso) would be quite exciting."
More about McLaren


In the last couple of days, it has become clear McLaren is thinking not only about its drivers for 2014, but also the start of the Honda era in 2015. "It's a different situation with partners," Button admitted. "It may be to do with the funding, but I don't have a worry in the world about my future with this team."

That may be true, but also true is that Honda might see an Alonso-Button pairing as even better -- and worth paying handsomely for. The move might also entice Ferrari sponsor Santander back to McLaren to help pay Alonso's huge retainer. "We want a winning driver from day one," the Spanish newspaper Marca quotes a Honda insider as saying. (GMM)
F1 News Fernando Alonso Jenson Button Sergio Perez McLaren Ferrari Honda
<< Previous article Next article >>
.