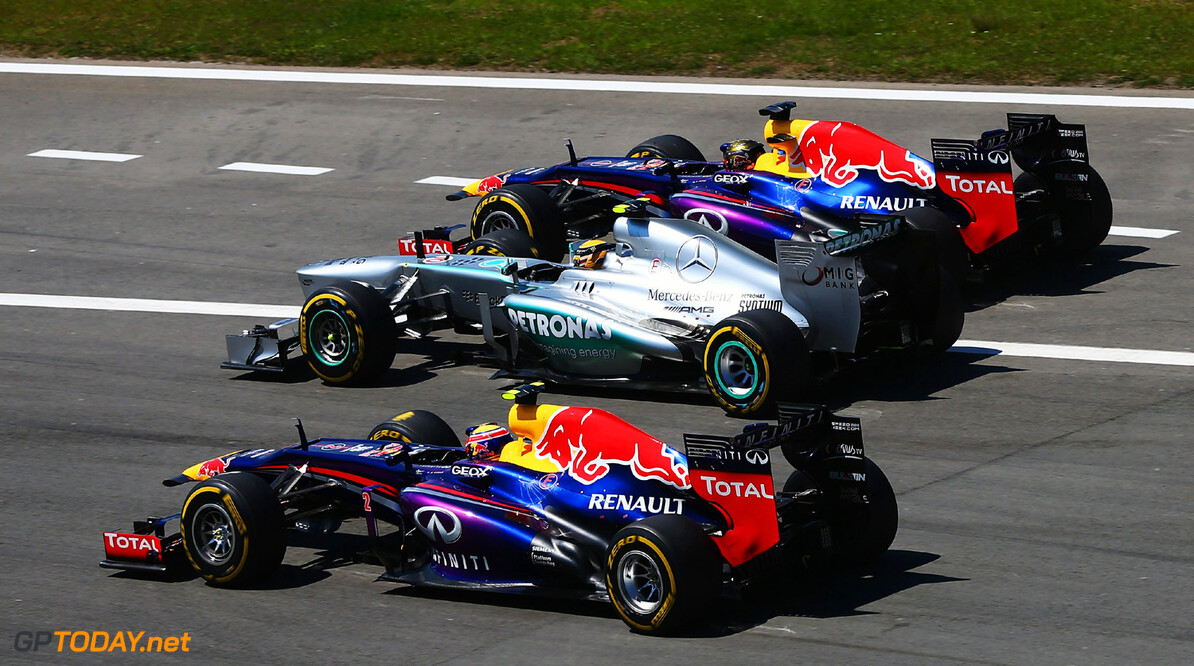 Raikkonen alongside Vettel would be 'cool' - Hamilton

Lewis Hamilton thinks Kimi Raikkonen should leap at the chance to join Red Bull in 2014. The Mercedes driver said Finn Raikkonen, who is currently weighing up between the move alongside Sebastian Vettel or staying at Lotus, would give Vettel "a hard time".

"It would be really cool to see Kimi in a Red Bull. He would give Seb a hard time," 2008 world champion Hamilton is quoted by the Sun. "Kimi is an incredible driver, everyone knows that, so with an even better car it would be interesting to see what he does with that."

Hamilton, on the other hand, has often struggled to match up to his own teammate in 2013, having switched from McLaren to join Nico Rosberg at Mercedes. But Ferrari's Fernando Alonso said he is not surprised by German Rosberg's top form. "We saw him beat Michael (Schumacher) the last few years, and not because Michael had forgotten how to drive but because Nico did a fantastic job, and he's getting even better," the Spaniard told Sport Bild. (GMM)