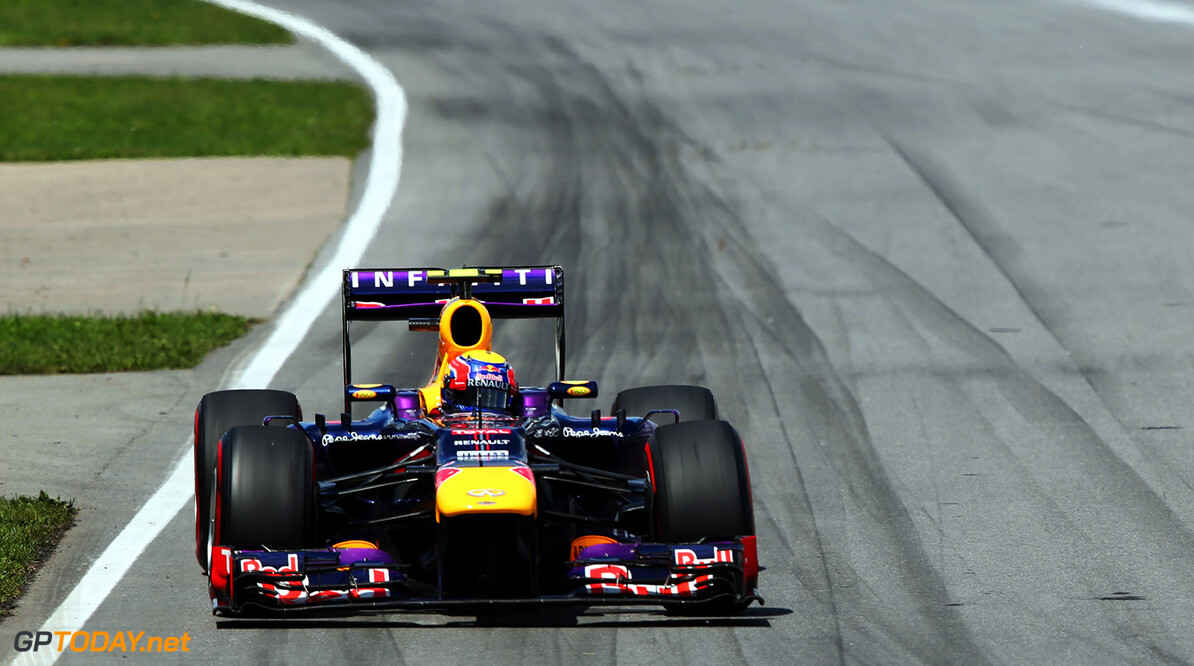 A photo has emerged that some believe is evidence Red Bull is using illegal 'traction control' aboard its championship-leading RB9 car. "Bumps or traction control?" a report by Italy's Autosprint said.

The photo shows Mark Webber's single seater exiting a corner in Canada and leaving rubber marks on the track due to wheel spin. But, apparently moments into the wheel spin, the rubber marks become dotted, as if to depict the kicking-in of a form of traction control, which is not allowed in F1.

The photo was sent in by a reader, who admitted that the dotted wheel spin marks may also have been caused by a phenomenon of resonance in the rear suspension. "Anyway, the image is worth reporting," the Autosprint story read. (GMM)

The photo can be seen at www.auto.it/images(...)mmagine_newsdet.jpg