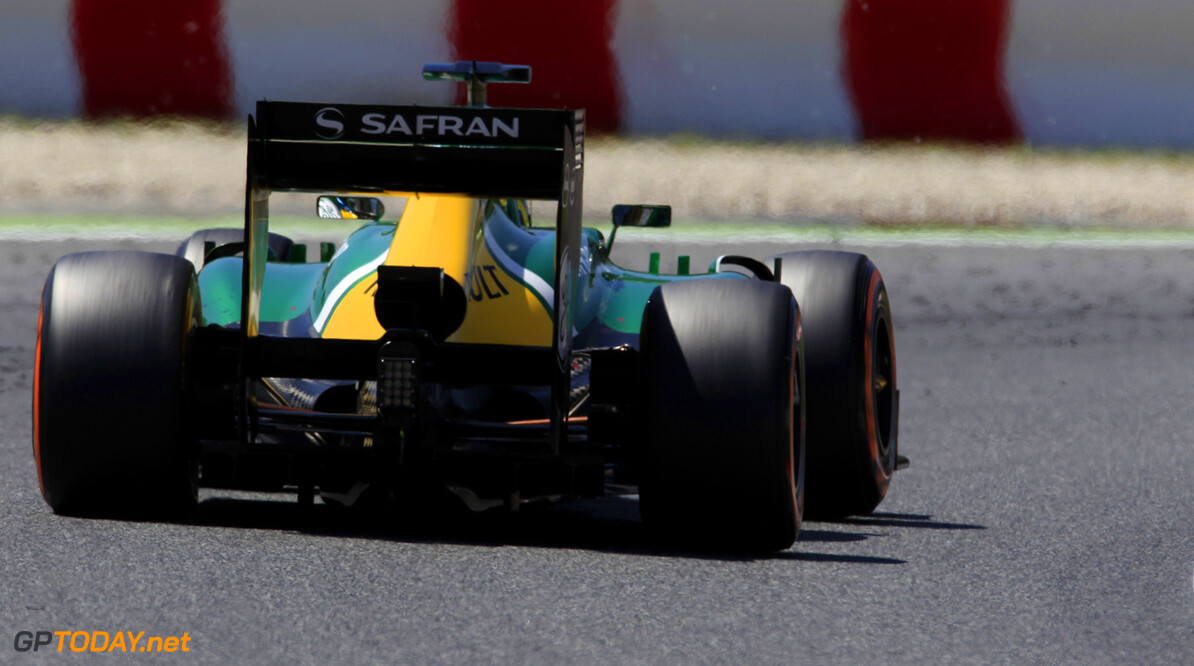 Caterham F1 Team has launched Caterham Racing Academy, a driver development program that gives a clear route to F1 for future champions and enables young motorsport talent from around the world to excel in all the attributes required by racing drivers to achieve success in 21st century motorsport.

Caterham Racing Academy drivers will have a clear path from the junior formulae right up to F1 and each participant has a bespoke program created for them to enable them to learn and develop in both practical and virtual motorsport environments. The Academy drivers are given personalised development plans that cover every aspect of a modern racing driver's life, including detailed work on racecraft and engineering feedback, mental and physical training and media and sponsor relations, all designed to help them achieve their own potential.

Finance plays a key role in all forms of motorsport and all Caterham Racing Academy drivers have access to a performance target based prize fund each season. This fund is designed to reward excellence against agreed targets and to provide part-funding for the drivers' progression into more senior formulae, helping them focus on their racing activities. The prize fund will make a contribution from 10% to 50% towards the drivers' season costs, a substantial investment in an extremely competitive financial environment.

In addition to the financial rewards available, exposure through the F1 team's digital and social media channels, and the right for all Academy drivers to compete in Caterham F1 Teams distinctive green and yellow livery, the Academy drivers are also given direct exposure to the many different priorities F1 drivers have to manage on and off track.

Each driver is embedded into the F1 team at selected races and tests throughout the season, a unique experience that gives Academy drivers direct exposure to race weekend and test briefing / debrief sessions, track walks and media sessions, all helping them to prepare for the step up to the ultimate challenge of F1.

Leafield Technical Centre, the F1 and GP2 teams' base in Oxfordshire, UK is an important part of the list of benefits available to all Academy drivers. They have access to the cutting edge driver-in-the-loop simulator, now used as an integral part of the engineering toolbox in F1, and they have the opportunity to bring sponsors and media to Leafield, opening the doors to a modern F1 facility and showcasing the base they can rightfully call home.

Physical and mental preparation play a critical role in the performance of racing drivers of all levels and all Academy drivers will be given a bi-annual fitness evaluation by Pro Performance, one of the leading sports science consultancies worldwide and specialists in the elite preparation of racing drivers.

The selection criteria for drivers wishing to join the Caterham Racing Academy are simple. All drivers must have finished above a pre-agreed championship position or over a suitable assessment period, and be competing in any one of the following championships:
- Formula Renault 2.0
- F4
- Formula Renault NEC / WEC
- Formula Renault Eurocup
- Euro F3
- GP3
- World Series by Renault
- GP2

The Caterham Racing Academy first started under the guise of the Driver Development Program in the early days of the F1 team in 2010, and since then has been at the heart of Caterham's growth across a number of forms of motorsport. In future, the Academy will have direct links with Caterham Motorsport's karting and racing series, bringing together all forms of motorsport run under the Caterham name.

Cyril Abiteboul, Team Principal Caterham F1 Team: "Launching the revamped Caterham Racing Academy is a sign of how committed we are to helping develop new racing talent from around the world."

"Within the Academy we have an environment that gives young drivers a clear path from the junior racing series right up to F1. However, equally importantly, were arming them with all the attributes required of drivers in the modern era  mental and physical preparation, direct exposure to F1 and, importantly for all drivers, financial assistance. For the team itself, the Academy program is also driven by our ongoing search for our future line-up and having investments in a number of drivers gives us a range of options for the future."

"We've designed the Academy structure so it can be easily replicated, allowing us to support local talent in key markets for us and our partners anywhere in the world. It is not a rigid format but one that allows us to adapt to meet local opportunities, both in terms of talent and feeder series. an important factor in the constantly changing global motorsport landscape."

Mia Sharizman, Head of Caterham Racing Academy and Caterham Racing Team Principal: "Caterham Racing Academy is a sign of our commitment to developing the next generation of motorsport talent. We're giving young drivers a clear route from junior formulae up to F1 and we are giving them first-hand experience of everything that goes into being a modern F1 driver. We are providing comprehensive training and financial support for our young drivers, and giving them direct access to our F1 facility, all of which adds up to an unrivalled support package for new talent."

"We've already created opportunities for young drivers to progress to the very top  look at Giedo van der Garde whos gone from GP2 in 2012 to F1 with us in 2013, and Alexander Rossi, who's combining his F1 team Reserve Driver role with GP2 and now Le Mans commitments for Caterham. Giedo and Alexander are proof of how serious we are about developing young talent. We already have an exciting list of Academy drivers for 2013 and are looking forward to seeing more new talent join us in the future to help them reach their true potential."
F1 News Alexander Rossi Renault Caterham F1
<< Previous article Next article >>
.