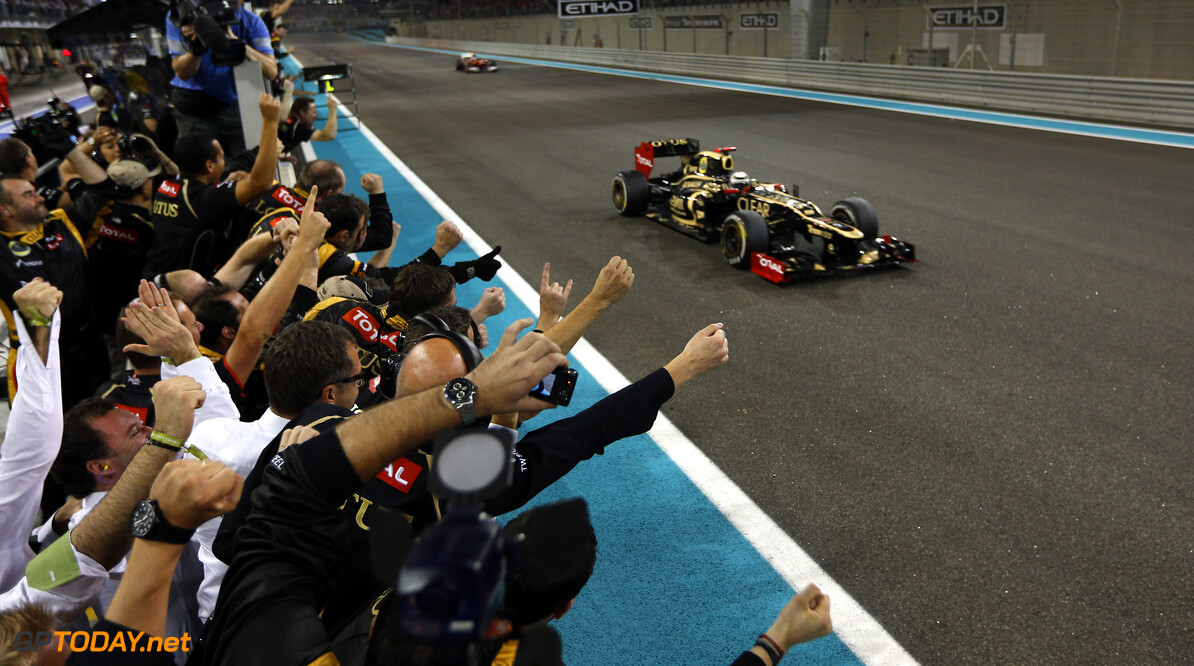 Kimi Raikkonen has turned his newly-famous grand prix-winning catchphrase into a t-shirt for the entire staff of the Lotus team. The inimitable 'iceman' thrilled his fans with his radio banter - broadcast live on television - en route to the first win of his F1 comeback recently in Abu Dhabi.

And, to mark the Enstone based team's first win since its works Renault days, Raikkonen memorialised his most famous Abu Dhabi uttering - 'Leave me alone, I know what I'm doing' - on the front of t-shirts for the entire Lotus staff. The 500 t-shirts arrived at Enstone last Friday, according to the BBC.

The 2007 world champion said this week: "I think you can probably find other messages from me in the car if you search Youtube; even from my short time in Nascar." Lotus team boss Eric Boullier added: "'Leave me alone, I know what I'm doing' has already become a formula one classic!" (GMM)