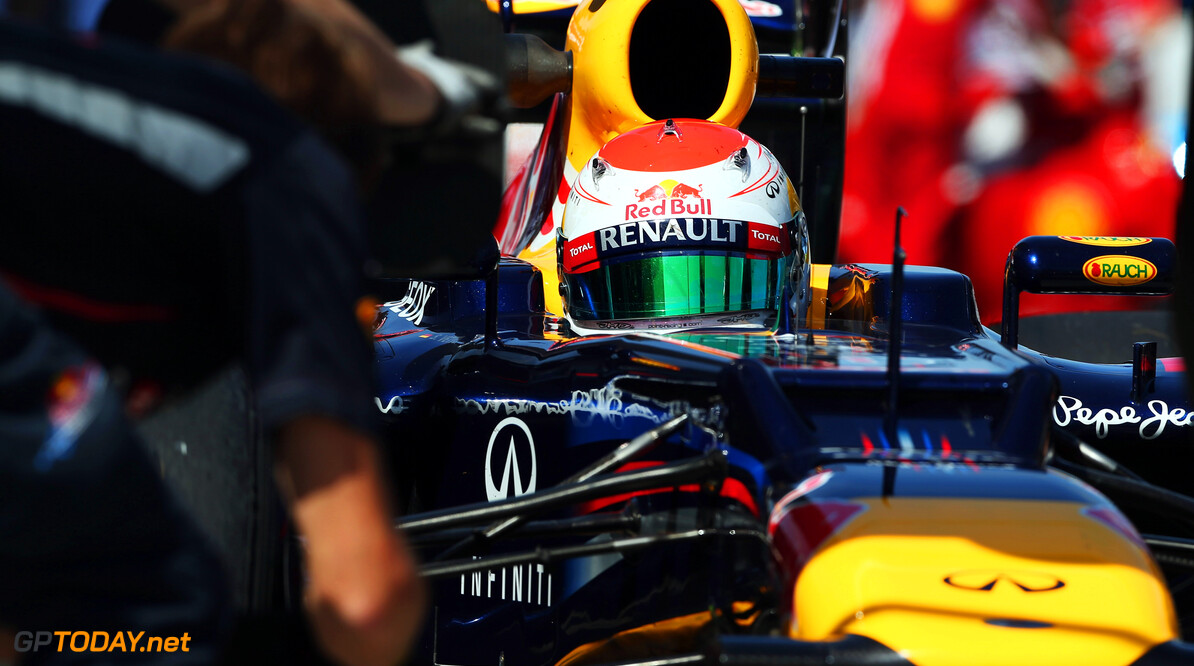 The last few years, teams are spying in the pitlane to see if the opponents in the championship driving with illegal pieces on their cars. Last sunday during the Grand Prix in Abu Dhabi, Sebastian Vettel made a pitstop where the nose of the car was changed, while it turned out the top of the nose cone is flexible and probably from rubber.

To see the short movie click here.
Buy your Red Bull Racing merchandise at FanFashion!
You can view the second movie here.

On the video you can see very well that the mechanic puts his hands firmly on the nose cone. In an attempt to get the nose of the chassis, it's pretty clear the top of the nose cone is flexible and moving.

The big question which remains; is the nose of the RB8 illegal or a genius find of designer Adrian Newey. Discuss with us what you think of it!

Check the total pitstop of Sebastian Vettel in Abu Dhabi: