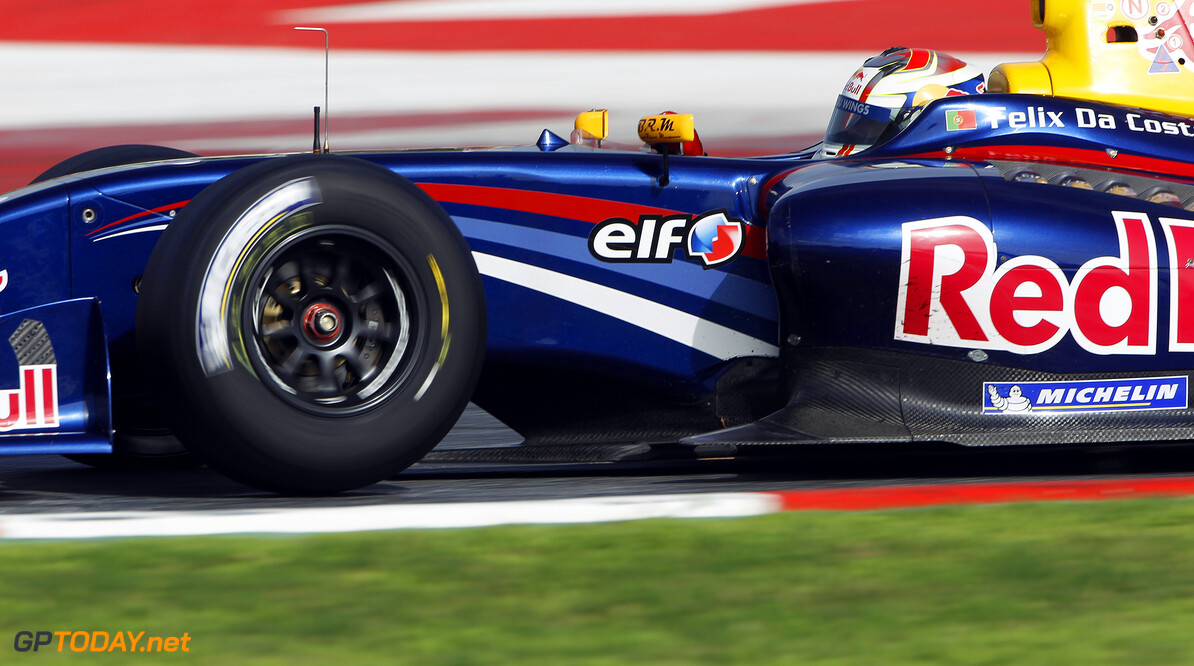 Portuguese driver Felix da Costa is a member of the Red Bull Junior team and recently finished third in the GP3 Championship. He also competed in six of the nine rounds of the 2012 Formula Renault 3.5 series, taking four wins and finishing fourth-place overall. The 21-year-old recently drove a Red Bull Racing RB7 at a Show Car event in Seoul, Korea as well as an RB6 at the grand finale of the World Series by Reanult tour in Catalunya, Barcelona yesterday.

Felix da Costa will be at the wheel for the first two days of the Abu Dhabi test before handing over to Dutch driver Robin Frijns. Frijns has just been crowned the Formula Renault 3.5 series Champion. Thanks to between Red Bull Racing and the World Series by Renault, Frijns' success has earned him a day's testing in the RB8 at the Yas Marina Circuit.
F1 News Renault Red Bull Racing
<< Previous article Next article >>
.