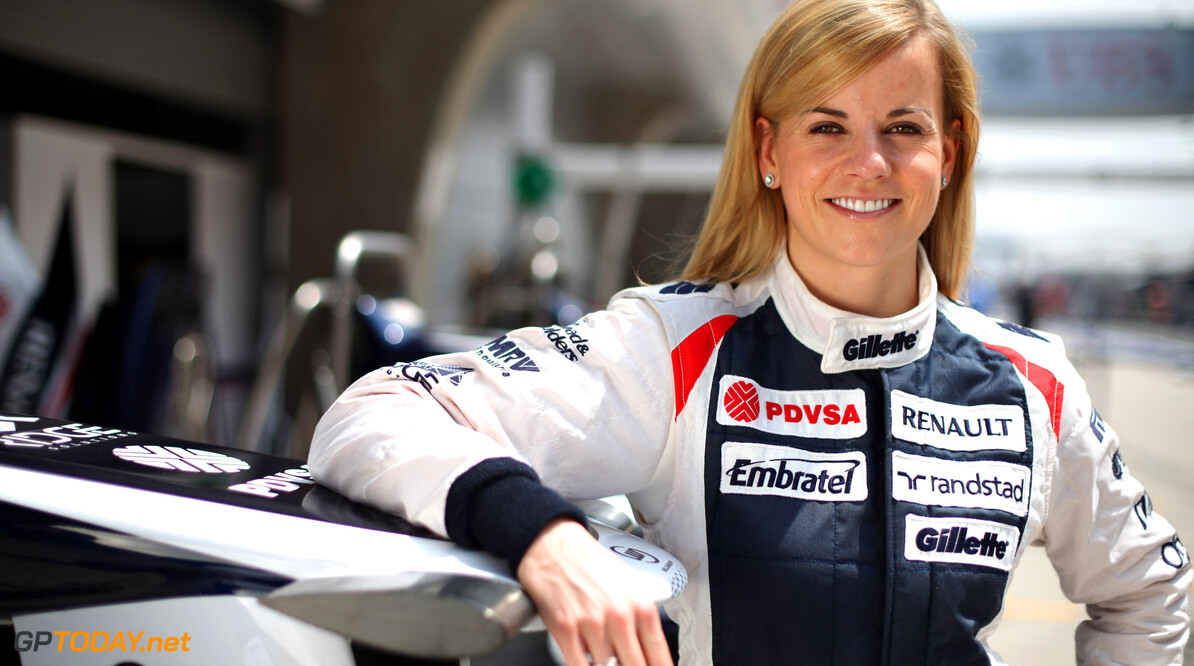 Susie Wolff has played down expectations her next step in formula one is a spot on the grid. Admitting it was an emotional moment in the wake of the injuries sustained earlier in 2012 by Marussia's female test driver Maria de Villota, Wolff got her first taste of a grand prix car on Wednesday at the wheel of last year's Williams.

The British team's 29-year-old development driver, a racer in the German touring car championship DTM and married to team official Toto Wolff, drove the FW33 during a sponsor's day at the damp Silverstone circuit. Wolff insists it wasn't a "show run". "Williams would never just put someone in a car as a show run to make some publicity," he is quoted by the Scottish Sun. "The team was very conscious the day had to go well and I was very aware if I wanted more opportunities then I had to do well."

But the rarity of her feat was not lost on the media, with only three other women in the last ten years - including the seriously injured de Villota - having tested F1 cars. Wolff is realistic: "I am not going to tell you I will be on the F1 grid next year. I am not going to dream, or start running before I can walk. This was a very important step in the right direction and I hope I am on the path to doing much more. I hope I have done enough at this stage to prove I can be of assistance to this team. Hopefully I can get some more tests," she added. (GMM)
F1 News Susie Wolff Williams Marussia
<< Previous article Next article >>
.