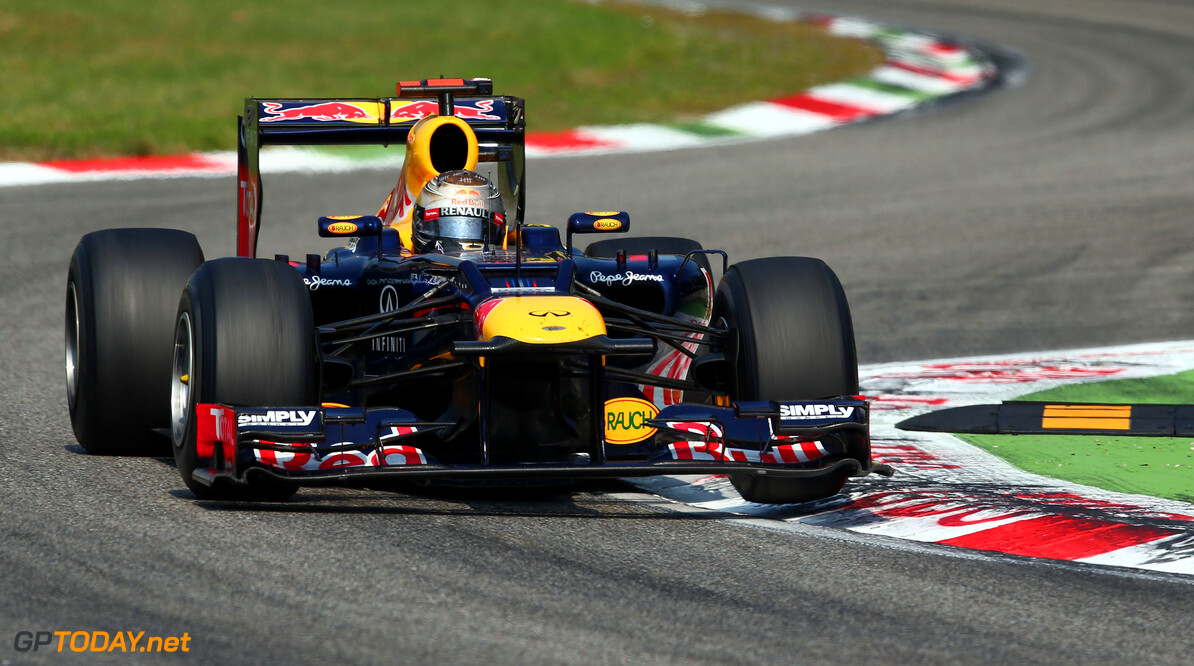 FP1: Sebastian Vettel off to a flyer in Singapore

Red Bull's Sebastian Vettel and McLaren's Lewis Hamilton staged a battle for fastest time round the Marina Bay circuit here in Singapore on Friday evening, with the honour finally going to the reigning world champion by 0.049s.

The opening session began on a track that was still damp in several places after the heavy storm that blew in just before GP2 practice, but eventually it dried out almost completely.

Initially the McLaren had a significant advantage in the first sector, but the Red Bull neutralised that with an advantage of its own in the second. Subsequently they evened out, but the advantage was still slightly with Red Bull in the third. Vettel lapped in 1m 50.566s to Hamilton's 1m 50.615s.

There was then a large gap to McLaren's Jenson Button, who pushed Ferrari's Fernando Alonso down to fourth in the closing moments, with 1m 51.459s to 1m 51.525s. Right behind them, Pastor Maldonado had a relatively uneventful time, bar one trip down the Turn Nine escape road, planting his Williams fifth on 1m 51.576s ahead of Mark Webber in the second Red Bull on 1m 51.655s, and the Force Indias of Nico Hulkenberg and Paul di Resta on 1m 51.658s and 1m 51.943s respectively. Daniel Ricciardo on 1m 52.275s and Sergio Perez on 1m 52.296s completed the top 10 for Toro Rosso and Sauber.

Bruno Senna was 11th for Williams on 1m 52.629s ahead of Kimi Raikkonen who recorded 1m 52.716s for Lotus, early pacesetter Kamui Kobayashi on 1m 52.839s for Sauber and Michael Schumacher on 1m 52.986s in the Mercedes, which was running its revised exhaust system.