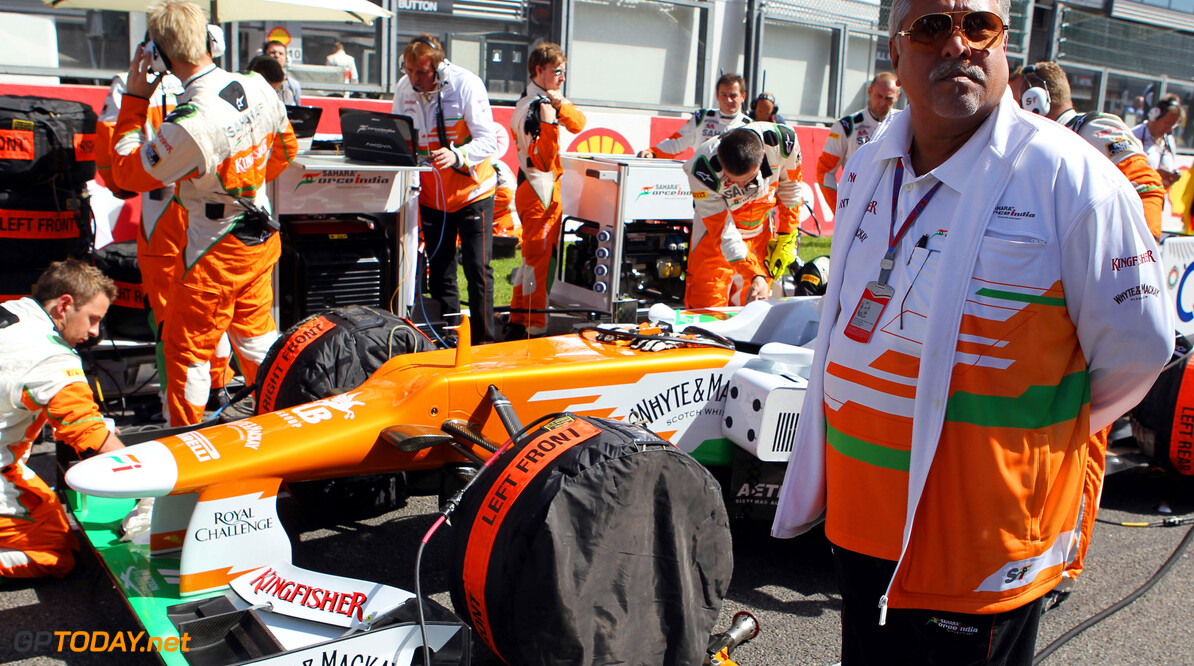 Vijay Mallya looks back on the European season and sets his sights on a strong showing in Singapore.
Eighth place brought some useful points in Italy, but is it really a case of 'what might have been'?
Mallya: "If Paul had started where he should have started Im sure he would have finished higher up the order. It was very unfortunate what happened to Nico during qualifying, where he couldn't set a time. Given the pace of the cars I would have expected him to qualify somewhere close to Paul, so we could potentially have had both well inside the top ten. It was not to be."

Nevertheless a solid drive by Paul into eighth?
Mallya: "Given the fact that we were on a one-stop, we had to also keep in mind that the tyres needed to be conserved. Eighth was a result, but with a better starting position we could have come away with more."

After Spa, Sauber looked within reach, but they scored well in Italy. How do you view the situation?
Mallya: "There have been various moments where they've drawn away and we seemingly can't catch them, but all it takes is a podium finish that brings in a lot of points, and if we get a couple of them, we could still chase them down."

On the other hand you have increased the advantage over Williams, albeit by only three points.
Mallya: "Two years ago Williams got us by one point in Brazil, so every point does matter!"

How do you view the rest of the season?
Mallya: "As I've said before, we haven't had our fair share of luck yet this season. Take the case of Spa  it was probably as close as we've had to a podium finish, but once again, it was not to be. But Im an optimist and I don't give up! It's tough, Williams are strong, Sauber are strong. And look at what's happening with Lotus. A lot of teams that were regarded as midfield teams last year are now pushing the big boys pretty hard."

Are you looking forward to Singapore?
Mallya: "In Singapore the atmosphere is brilliant. It's a night race, of course, and more significantly for me there are a lot of people of Indian origin in Singapore, so they relate a lot to Sahara Force India, which is always nice. When I was living there, Singapore was very different to what it is now. It's a lot more exciting, there are a lot more things to do, and its a lot more tourist friendly. Singapore should be a strong race for us because the track has always suited our car."

Nico Hulkenberg talks about the most demanding race of the year.
Nico, tell us about racing at night in Singapore and the challenges it presents
Hulkenberg: "I took part in the 2010 race and thought it was a mega experience. The whole atmosphere in the paddock and working at night is fun because it makes a nice change. We stay on European time so the body keeps its rhythm, although it does feel strange to be going to bed when the sun is rising."

What about the track itself?
Hulkenberg: "It's a very long lap with some tricky bumps and kerbs, and you need to get close to the walls if you want to be quick. So getting the perfect lap is not easy. It's anti-clockwise, too, although its not as demanding on the neck as somewhere like Interlagos because most of the corners are low to medium speed."

What about the physical challenge generally?
Hulkenberg: "For me Singapore is the toughest race of the year  physically and mentally. I think its because there are 23 corners on the track and it's one of the longest races of the year  always close to the two hour limit. So you certainly feel it after the race because of the high temperatures and humidity."

Paul Di Resta explains his preparation for night racing in Singapore.
What are your expectations for Singapore this year?
Di Resta: "I had a good race there last year and we've seen already that the car has been strong on street circuits this year. So I'm hoping that we will go well there, optimise the set-up and pick up some good points. I think its a track everybody enjoys and it's an interesting race because of the unusual schedule."

Does it still feel different to be racing under artificial lights?
Di Resta: "They do such a good job that you don't really notice. It's almost better than if you are driving during the day with cloud cover. Its just something you get used to really quickly. The other thing is you arrive there and stay on European time, and the night becomes your day so you don't really suffer with jet lag."

Is it easy to stay on European time?
Di Resta: "It's not something I find difficult. The important thing is making sure you choose the right flight to arrive in Singapore at the right time of day. You also have to make sure the hotel staff don't tap on your door in the morning at 9am because you need to be sleeping for another five hours! I always go to bed at 6am and wake up at 2pm, that's my routine."
F1 News Force India Williams Lotus F1 Sauber
<< Previous article Next article >>
.