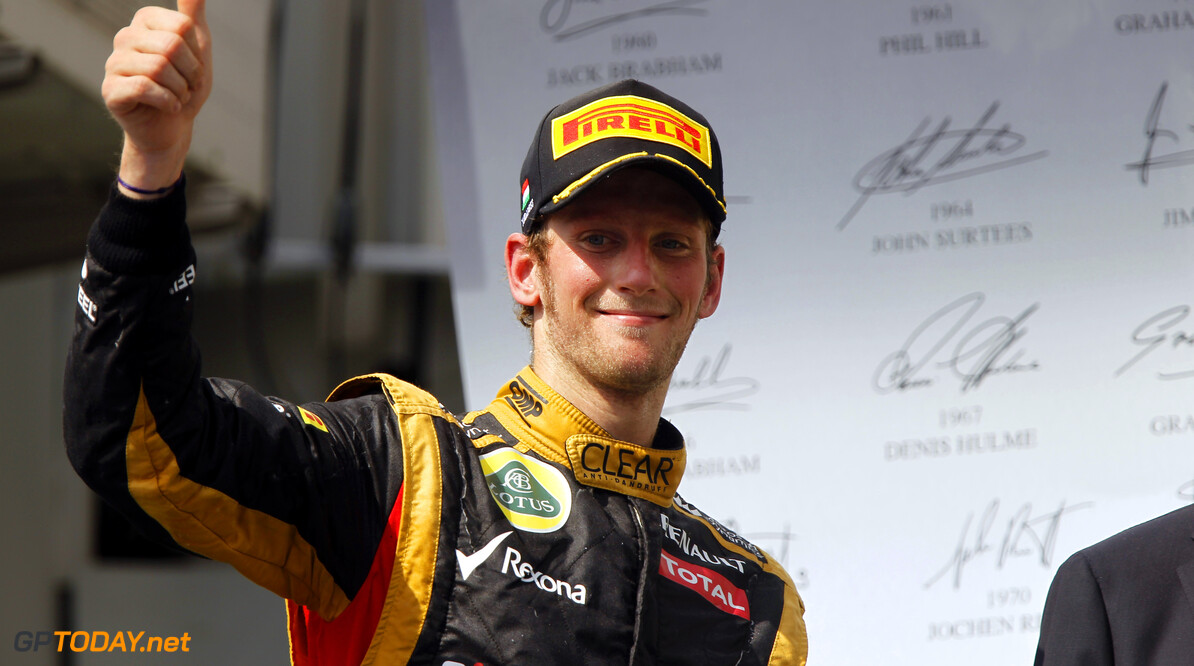 Romain Grosjean will sit out this weekend's Italian grand prix at Monza, after Lotus decided not to appeal the Frenchman's one-race ban for causing the first corner crash at Spa. F1 returnee Grosjean's actions, which also ended title contenders Lewis Hamilton and Fernando Alonso's races and so nearly caused serious injury to the latter, was described by the stewards as an "extremely serious breach of the regulations".

He was also fined a whopping EUR 50,000. "I judged the gap to Hamilton poorly. A small error but with big consequences," Grosjean is quoted by Brazil's O Estado de S.Paulo newspaper. "I apologise and I'm glad that no one was hurt."

Grosjean, while impressive in 2012, has been involved in several early-race incidents this year. "It's time to put a stop to it," he admitted. "Some, like today, have been my fault, others not. I hope to not make any more mistakes in the remaining races."

Journalist Livio Oricchio said that because Ferrari driver Alonso's 40-point lead was slashed to 24 because of the crash, the headline from Spa might be "Grosjean re-opens the championship".

"Romain has great talent and is very fast. When he develops, he will be a great driver," his boss Eric Boullier said after the crash and ban. In an official team statement, he said Grosjean's replacement for Monza will be announced this week.

As far as Ferrari's Stefano Domenicali is concerned, Grosjean's ban is a chance for the FIA to think about the bigger picture. "What is certain is that, it would be better if, starting with the junior formulae, rules relating to on-track behaviour were enforced in an inflexible manner, so as to have drivers as well prepared as possible when they reach this, the highest level of motor sport," he said.

Alonso, who briefly visited the medical centre after Grosjean's car sliced across his cockpit opening, watched the race with his mechanics whilst nursing a sore left shoulder.

"Everything is alright, the pain only comes from the whiplash," said the Spaniard. "I am not angry with Grosjean, he definitely didn't do it on purpose," added Alonso.

Also feeling the FIA's wrath on Sunday was another repeat-offender Pastor Maldonado, who will take a double 10-place grid penalty at Monza for badly jumping the start and then crashing with Timo Glock.

McLaren reserve driver Gary Paffett described the Frenchman's behaviour as "stupid", and after climbing out of his wreck, Hamilton gestured towards his helmet before confronting Grosjean, demonstrating the foolishness of the move.

Triple world champion and German commentator Niki Lauda said the stewards got the ban - the first in F1 since Michael Schumacher in 1994 - "absolutely right". "That could have broken Alonso's neck. It could have killed him.

"He (Grosjean) is talented, but sometimes incredibly stupid. I count this as the seventh time he has done something like that this year. Madness."

Lotus did not attempt to fight the FIA's decision, but boss Boullier noted that Williams' Maldonado has also had "many accidents" in 2012. "So in one way this penalty for Romain seems pretty hard," said the Frenchman. (GMM)
F1 News Fernando Alonso Romain Grosjean Pastor Maldonado Lewis Hamilton Ferrari Williams McLaren Lotus F1
<< Previous article Next article >>
.