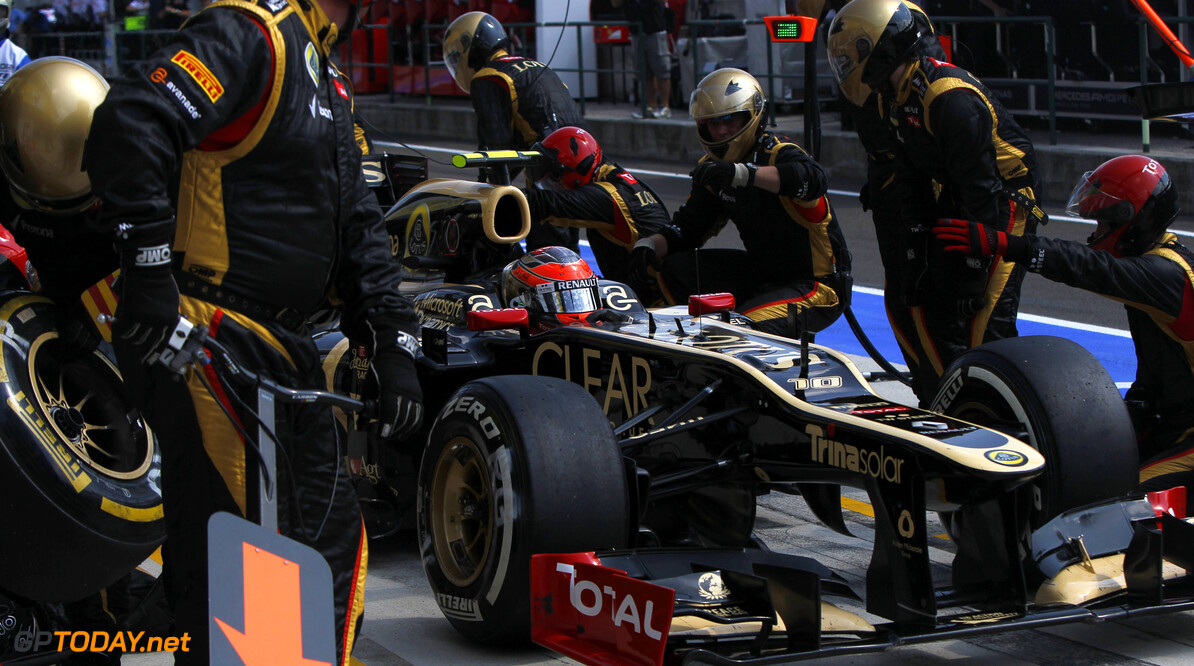 The buzzword in the Spa paddock is 'Lotus'. Already a standout performer of the 2012 season, the black and gold E20 is long overdue for a victory. Belgium could be just the place. Only Ayrton Senna and Michael Schumacher have won more times in the Ardennes than Kimi Raikkonen (4).

And, for the first time in 2012, he and teammate Romain Grosjean are tipped to race the Enstone based team's new 'double DRS' innovation, which on Spa's long straights could provide a big advantage.

"On paper, it (Spa) looks very good for us," the always-smiling Frenchman Grosjean is quoted by Auto Motor und Sport. Friday practice will be his first ever chance to try the double-DRS. "It will be very interesting and a big help if it works the way we expect," he said.

McLaren's Lewis Hamilton said in Belgium: "Lotus are going to win at some stage. That car looks fantastic to drive. "They're quick and yet they don't have the rear end Ferrari, Red Bull and us have. When they get that, the rest of us are going to be in trouble." (GMM)
F1 News Romain Grosjean Lewis Hamilton McLaren Lotus F1 Ferrari
<< Previous article Next article >>
.