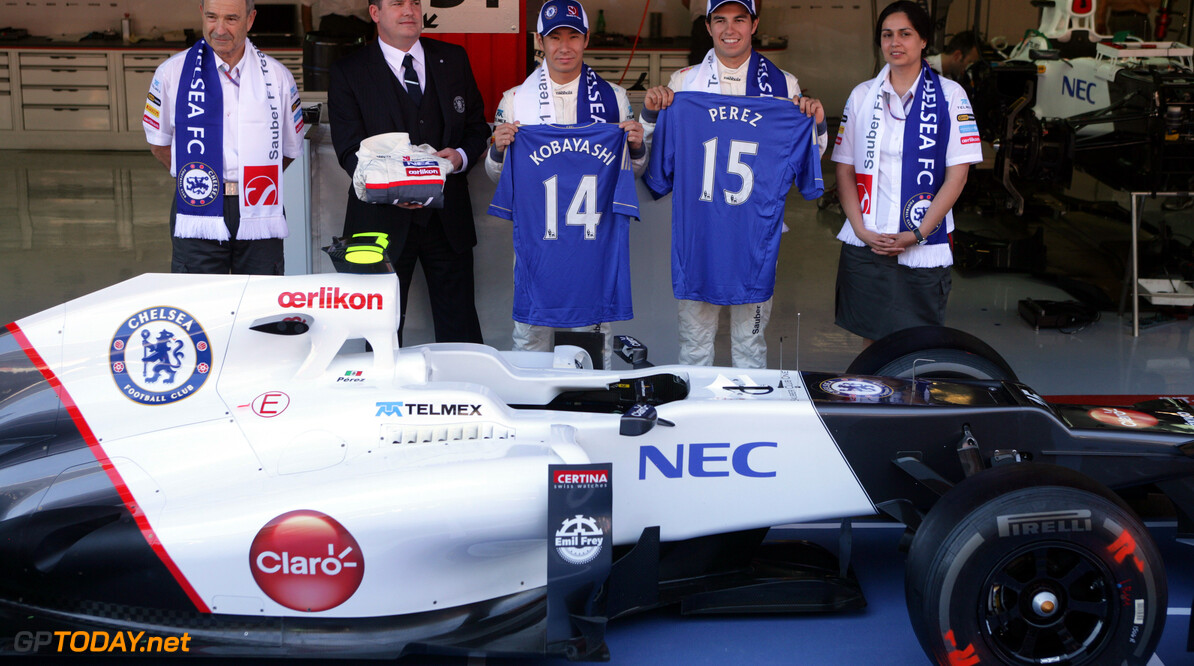 Peter Sauber has revealed he does not feel rushed to commit to a driving duo for 2013. With top five teams Red Bull, Ferrari, McLaren, Mercedes and Lotus all now expected to keep their current lineups beyond this season, the impressive midfielder Sauber could in theory boast one of the paddock's hottest vacancies.

Sergio Perez and his sponsor Telmex look likely to keep their Ferrari ambitions in check for at least another season, but there is real pressure on Kamui Kobayashi, who has failed to match up at the wheel of the sister C31 so far. The Japanese's latest faux pas was at Silverstone, when he bowled over his pit crew. Blick newspaper reports that one of the mechanics will skip Hockenheim in order to have surgery on his injured thumb. According to Bild newspaper, chief mechanic Urs Kuratle backed Kobayashi: "He's a really great guy. It just happens -- it was a mistake."

However, behind the scenes, it is rumoured that Sauber team management have been less than impressed with not only Kobayashi but also Perez at times in 2012. Writing in Blick, Swiss correspondent Roger Benoit said the pair are "both hoping for a new contract, because they are not on the wish lists of other teams. And many drivers would run barefoot to Hinwil to drive the C31." Regarding the 2013 lineup, Peter Sauber is quoted as saying: "We are not under time pressure."

Chief executive Monisha Kaltenborn added: "We have failed to score points this season several times and for a variety of reasons. "In hindsight it doesn't help to pine for those points, as now we have to move forward. Plus we've got two strong drivers. Sergio has been on the podium twice this year, and Kamui has been able to shine with a fourth in qualifying and a fifth in a race. Both have a fastest race lap to their names," she continued. "We have everything it takes to wind up the first half of the season in a positive way." (GMM)
F1 News Sergio Perez Ferrari Mercedes Lotus F1 McLaren Sauber
<< Previous article Next article >>
.