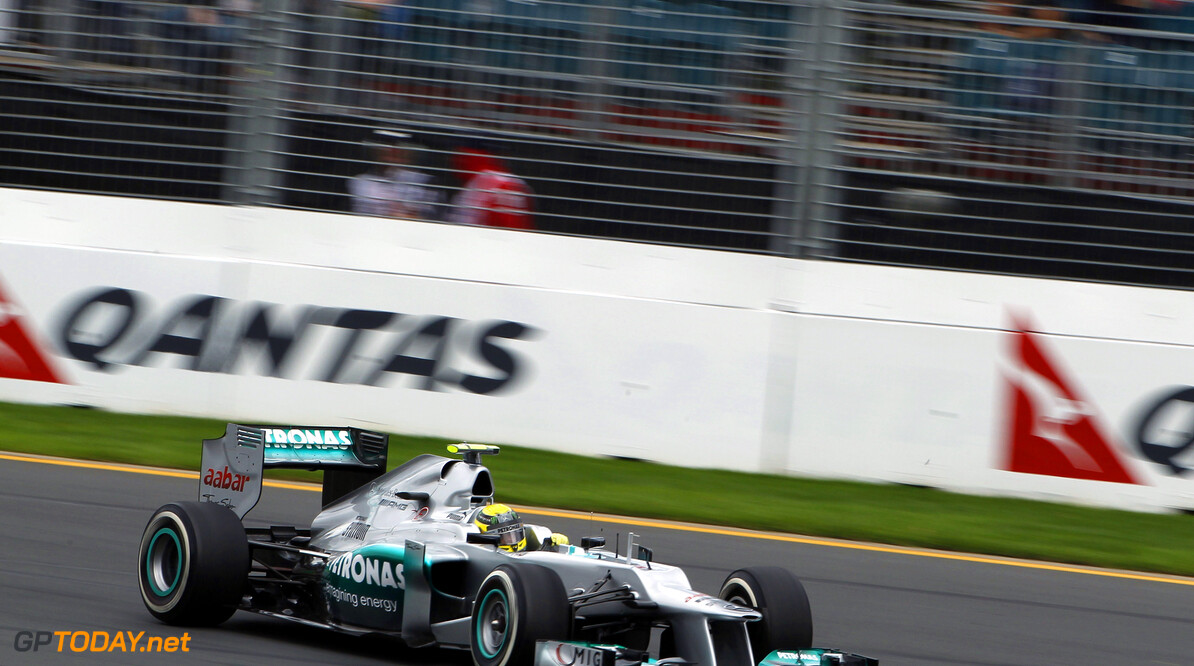 Ross Brawn has moved to play down the hype surrounding Mercedes' new so-called 'F-duct' solutions. The active F-ducts of 2010 are banned, but clever 'passive' and therefore legal solutions have emerged not only on Mercedes' car this year.

It is the talk of the paddock, and in Friday's second practice session, Michael Schumacher topped the times with the W03 car, featuring front and rear F-ducts.

When asked about the new 'F-ducts', team boss Brawn said in Melbourne: "I'm surprised they (people) are calling it that, because I don't quite know what that means. We have an interesting system on the car and it's not complicated at all, so I'm sure other teams are looking at it and they need to decide if it's worthwhile or not."

It is such a big talking point this weekend because, in 2009, the Brackley based team - then Brawn GP - raced to the title as the first to perfect a double-diffuser. And last year, it was the now-banned blown exhausts that set the pace.

But Brawn insists that the new F-ducts are "not in the same magnitude" as those title-winning innovations.

"It's obviously helpful," he admitted, "that's why we're doing it but it's not a massive performance gain."