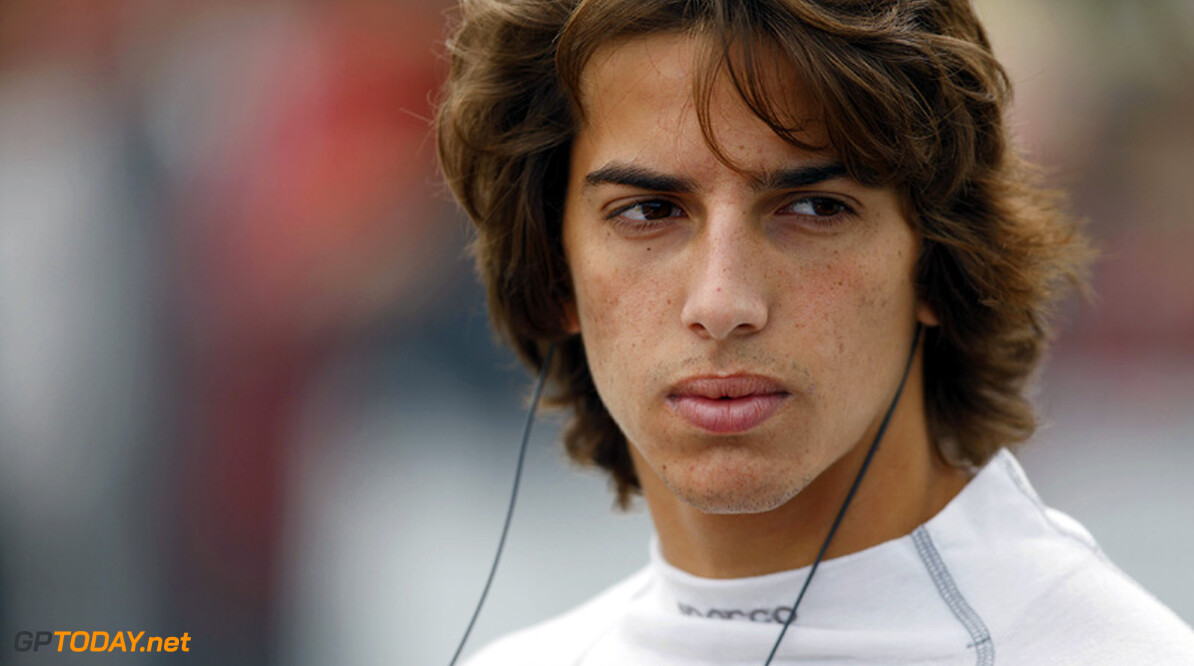 Schumacher to mentor Merhi, Wickens and Vietoris at Mercedes

Serving as role model and mentor to the Junior Team will be Michael Schumacher; the veteran MERCEDES AMG PETRONAS Formula 1 driver will bring all his experience to bear from seven world championship titles and 91 Grand Prix victories. Schumacher himself also benefited from the Mercedes-Benz programme in the years 1990 and 1991, when he lined up alongside Heinz-Harald Frentzen and Karl Wendlinger with Sauber Mercedes in the Sports Prototype Championship. Schumacher, Frentzen (156 Grand Prix starts, 3 wins, 1997 World Championship runner-up) and Wendlinger (41 Grand Prix starts) all succeeded in making the step up to Formula One.

Christian Vietoris enters his second DTM season in 2012. The 23-year-old finished his rookie season on four points, his best race result being fifth place in the race at Oschersleben. Roberto Merhi and Robert Wickens are both about to make their DTM debut this season.

Merhi has been a member of the Mercedes-Benz young drivers programme since 2008, winning the 2011 Formula 3 Euro Series title in a Dallara-Mercedes as well as the first-ever FIA Formula 3 International Trophy. As a reward for this success, he was invited to test drive the new DTM Mercedes AMG C-Coupé at the end of the 2011 season.

Wickens won the 2011 Formula Renault 3.5 World Series championship, posting five victories along the way. Later that same year, he gained his first experience of Formula One in a series of test drives for Marussia Virgin Racing and Lotus Renault GP. In 2009, he finished second in the Formula 2 standings, repeating this result in the GP3 Series the following year.

Encouraging young talent in motorsport has a long tradition at Mercedes-Benz. Since the inaugural Formula 3 Euro Series in 2003, 13 drivers have made the breakthrough to Formula One after learning their trade with a Mercedes-Benz Formula 3 engine. 33 percent of the Formula One grid for the 2012 season started out in Formula 3 with a Mercedes-Benz engine  reigning world champion Sebastian Vettel and former champion Lewis Hamilton, 2010 DTM Champion Paul Di Resta, Kamui Kobayashi, Romain Grosjean, Nico Hülkenberg, Daniel Ricciardo and Bruno Senna.
The Mercedes-Benz young drivers programme can also point to similar successes in other top motor racing series. Of the nine Mercedes-Benz DTM drivers in the 2011 season, five (i.e. more than half) competed in Formula 3 with Mercedes-Benz engines.

Roberto Merhi: Its a dream come true for me to have been promoted to the Mercedes-Benz DTM Junior Team. Having a Mercedes-Benz Junior Team in the DTM is a fabulous idea, and its the perfect way for me to advance my career. Without this talent development scheme which Mercedes-Benz have been running successfully for so many years, I wouldnt be where I am now. Its a great honour to be following in the footsteps of all the many famous drivers such as Lewis Hamilton, Jamie Green and Paul Di Resta, knowing that they have had the backing of Mercedes-Benz and went on to win championship titles in the Formula 3 Euro Series, in Formula 1 and in the DTM.

Christian Vietoris: I feel very much at home in the Mercedes-Benz family and in this particular race environment, so I am all the more delighted to be one of the three drivers in the new Mercedes-Benz Junior Team. I hope to establish a long-term relationship with Mercedes-Benz in the worlds most popular touring car series, and Im aiming to make a persuasive case for myself out on the track.

Robert Wickens: The DTM is a fantastic series  youre competing against top-notch drivers. Im proud that Mercedes-Benz are giving me the chance to show what I am capable of in this environment in the Junior Team. My main aim will be to finish every race and to deliver decent performances.

Michael Schumacher: I remember clearly the early stages of my career, and what I gained from my time in the Mercedes-Benz Junior Team - both on and off the track. It taught me the best way of working with the engineers and helped me build a professional relationship to the media. I'm excited to see how Christian, Roberto and Robert develop - they're certainly going to have a great time - and I enjoyed meeting them in Barcelona to offer a few tips from my own experience. Mercedes-Benz places great importance on developing the next generation of drivers - and there are plenty of examples who demonstrate this. Being selected as a member of the Mercedes-Benz Junior Team is really something to be proud of. I will be following the performances of the DTM juniors closely and wish them lots of success.

Norbert Haug, Vice-President Mercedes-Benz Motorsport:Here at Mercedes-Benz, we have a tradition of nurturing promising young drivers and talent-spotting the stars of tomorrow that goes back almost as far as the earliest Mercedes-built racing cars. In 2012, we are sending three highly gifted twenty-somethings into the fray as our DTM Junior Team: Roberto Merhi, the reigning Formula 3 Euro Series champion; Christian Vietoris, a GP2 champion who already has experience of DTM racing; and Robert Wickens who won the Renault World Series. All three of them are keen to seize this wonderful opportunity. And they have excellent role models in Michael Schumacher, Heinz-Harald Frentzen and Karl Wendlinger, the successful trio who made up the Mercedes Junior Team in the late eighties and early nineties, and who have still not finished making motor racing history. The 2012 DTM season sees the introduction of a new coupé generation; this will be the first year in which our young and dynamic A-Class capturing the spirit of the times makes its debut  our DTM juniors do the same in their own way. Roberto, Christian and Robert have a lot to learn, but that will not be a problem, as they are all three avid learners. The youth factor is entirely consistent with the DTM, even more so now that the series has been broadened out to include the three most successful premium marques in the world.
DTM News Romain Grosjean Daniel Ricciardo Lewis Hamilton Sebastian Vettel Roberto Merhi Nico Hülkenberg Renault Mercedes Lotus F1 Sauber Marussia Virgin Racing
<< Previous article Next article >>
.