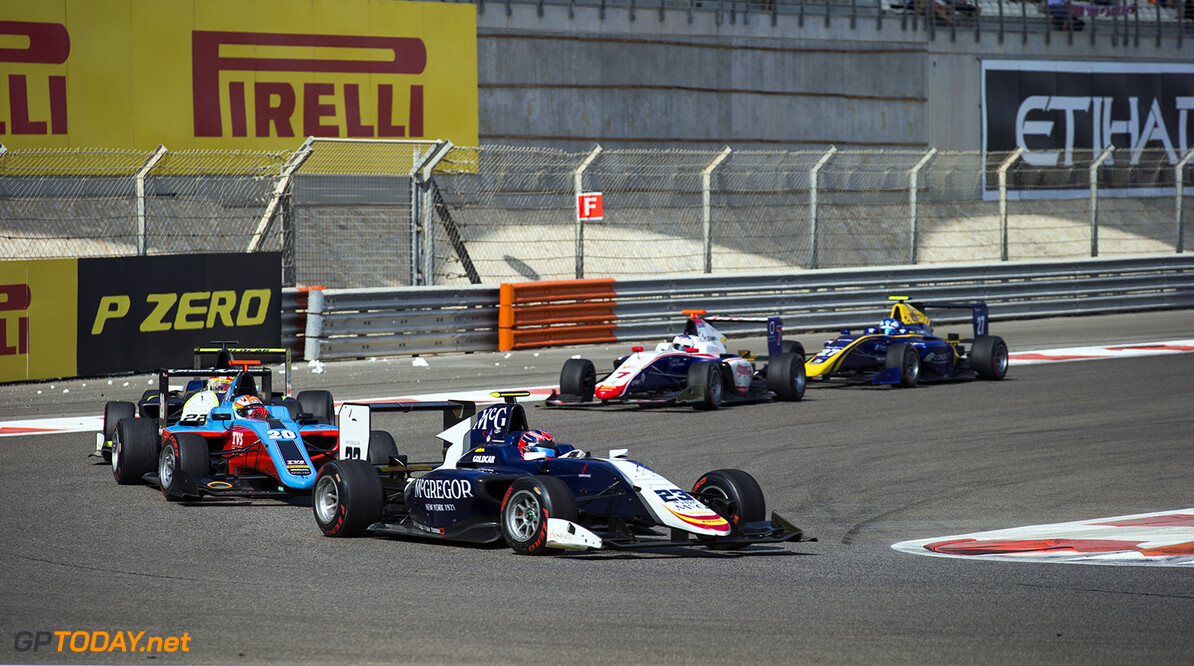 Arjun Maini was first to take the chequered flag in the second GP3 race in Barcelona on Sunday, with Dorian Boccolacci taking second for Trident. Alessio Lorandi, Maini's team-mate, was third, and Antoine Hubert fourth for ART, leading his team-mates George Russell and Nirei Fukuzumi across the line. Raoul Hyman was seventh, with Santino Ferruci eighth and Kevin Jorg ninth in the second Trident.

Julien Falchero completed the top ten for Campos, and behind him were Giuliano Alesi, the fourth ART of Jack Aitken, Bruno Baptista and the two Ardens of Niko Kari and Steijn Schothorst in fourteenth and fifteenth. Marcos Siebert and Leonardo Pulcini were the last drivers to finish on the lead lap, whilst Trident's Ryan Tveter ended up eighteenth and last, one lap down. Tatiana Calderon's DAMS was the only retirement.