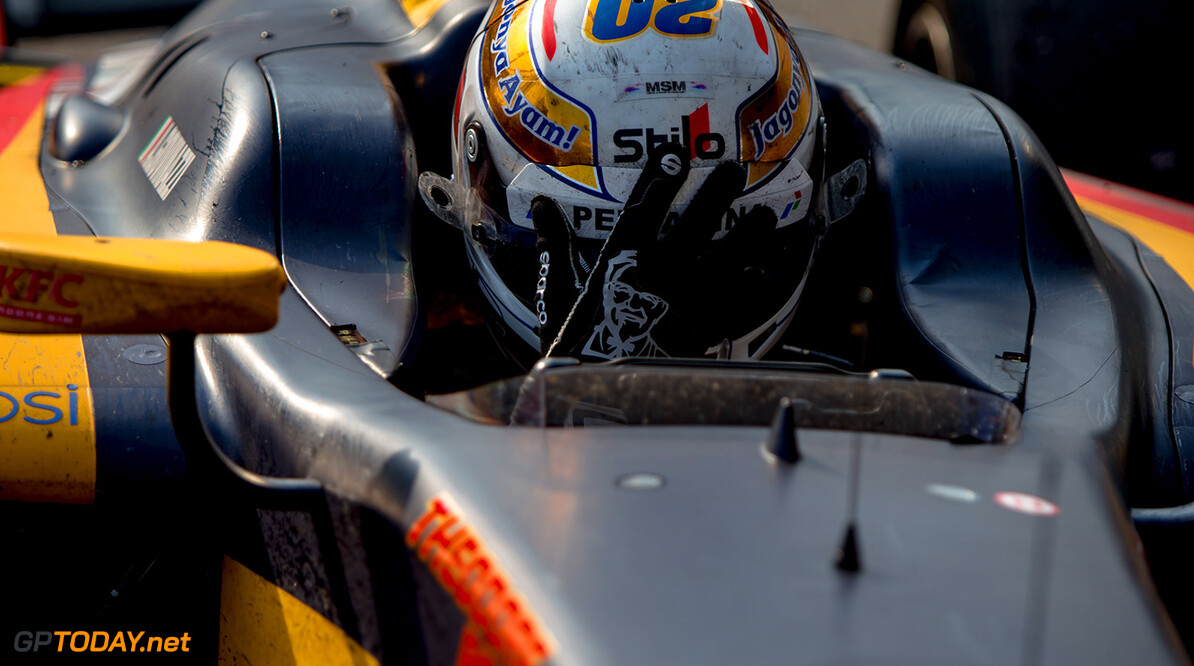 Antonio Giovinazzi won the GP2 feature race at Malaysia, taking the lead of the championship standings.

The Italian had to get by team mate Pierre Gasly and Sergey Sirotkin on his way to victory.

"It was a fantastic race! I would like to thank again PREMA Racing for the fantastic car," he said. "It really was not an easy race because after the pit stop, I was behind Sirotkin but I knew my pace would be better than his at the end so I started to push more and finally overtook him three laps before the chequered flag. The car was really good and I really enjoyed it."

Giovinazzi spoke about the race tomorrow and states that his only goal is to score points and extend the championship lead over his team-mate Pierre Gasly.

"I couldn’t be happier right now," he said. "Tomorrow, the goal will be to score more points. Pierre is starting from P11 so I need to remain calm during the sprint race."

"I want to take as many points as I can to arrive in Abu Dhabi a bit safer and to extend my lead over Pierre."