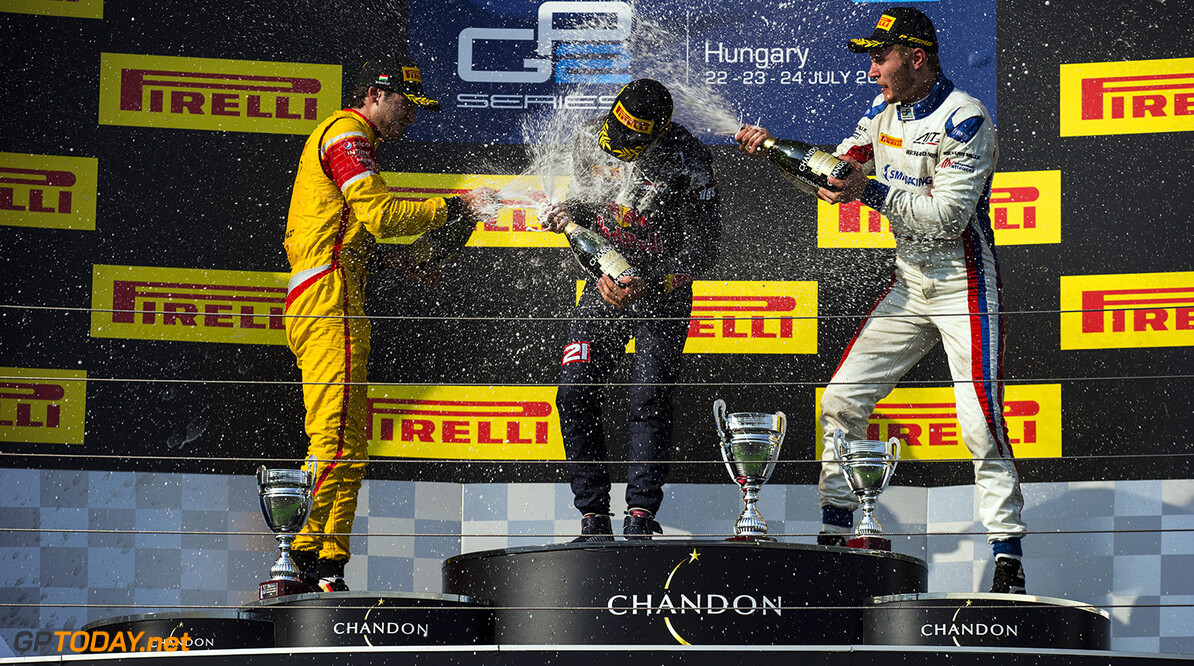 As in Formula One, GP2 now heads into a summer break. Unlike F1 however, at least five drivers go into the break with a chance at winning the title.

Sergey Sirotkin and Pierre Gasly share the lead with 113 points each. Sirotkin has recovered from a pretty miserable start to the season, and performed especially strong in Hungary and Germany. Gasly won at Silverstone, his first victory in GP2 and added a second victory in Budapest. Both have put their sights on the title and promotion to Formula One in 2017.

The pair face competition from Raffaele Marciello (102 points), Antonio Giovinazzi (100 points) and Oliver Rowland (99 points). Of the quintet, only Marciello and Rowland are the only ones yet win a race this season.

The performances of Gasly and Giovinazzi are impressive considering it the first season in GP2 for their Prema Racing team, which has had success in Formula Three, Formula Four, Formula Renault, and Formula Abarth in the past.