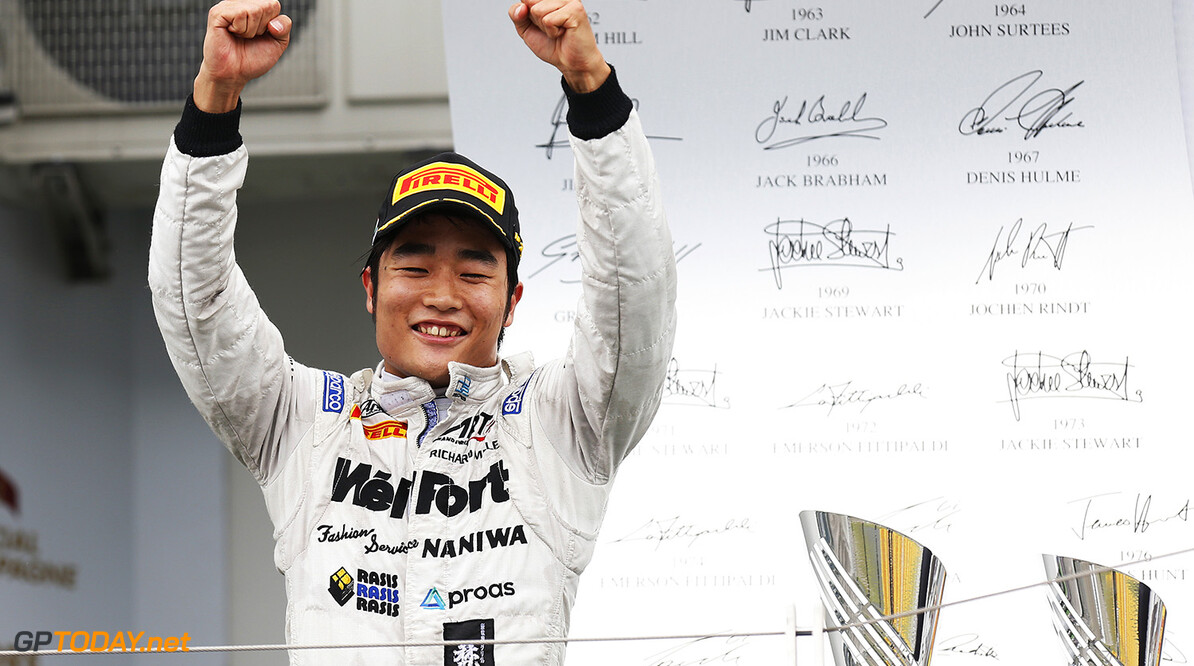 After a successful campaign with their partners Honda and McLaren in 2015, where ART GP and Stoffel Vandoorne claimed championship honors, the ART/Honda/McLaren collaboration will be aiming high in 2016 as they highlight the natural talent coming out of Honda's home ground, Japan. The aim is to accompany drivers as they rise through the ranks to the highest level of Motorsport. This project is part of a global campaign that will see ART Grand Prix have not one, but two talented young Japanese drivers racing for them this season.

The team confirms that 22 year old Nobuharu Matsushita will remain with the French based squad for a second consecutive season. Nobuharu had an incredible first season in the Formula One feeder series, a championship that was totally unknown to him this time 12 months ago. He delivered several noteworthy performances for the team throughout 2015, which saw three podium finishes including one on the top step for his maiden victory in the series. ART Grand Prix was impressed by his desire to learn and progress and firmly believe that a second season with the young Japanese driver will prove to be even more successful.

Nobuharu Matsushita: "I would like to thank Honda and ART Grand Prix for giving me this opportunity to continue racing in GP2 Series.  ART Grand Prix won the championships last year, and I am so honored to be part of such an amazing team again. As a member of HFDP, Honda Formula Dream Project, aiming to be the top-world-class driver, I will give my best to win the drivers and the team championship in my second GP2 season."

Sébastien Philippe (Team Manager): "I am truly delighted to start our 3rd year of partnership together with Honda with this reinforcement of our collaboration. Nobuharu will partner Sergey Sirotkin in the GP2 Series. He had an incredible year in 2015 when he did not know Europe or the championship, the team and the car, but nevertheless he secured one win, several podiums and made massive improvements all year long. As a driver and on a personal level, we have no doubt at all that he has all the assets needed to fight for the title in 2016."