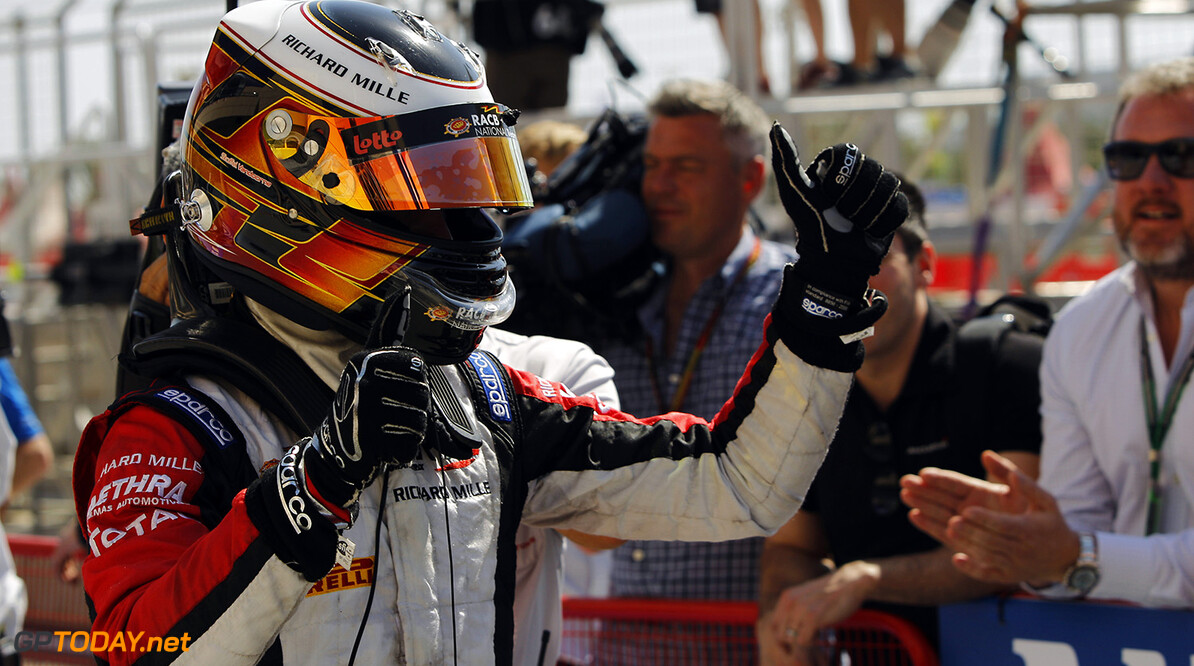 ART Grand Prix is delighted to announce that 22 yr old Belgian racer Stoffel Vandoorne will remain with the French based squad for his second consecutive season in the GP2 Championship Series.

Vandoorne impressed from his debut race in the series by winning the first feature race of the 2014 season in Bahrain before following up the superb performance with three more wins, four consecutive pole positions and a total of ten podium finishes to finish his rookie season in a superb second place in the F1 feeder series.

2015 will see him contest ART’s colours once again with the main goal being to claim championship glory in the drivers' standings and to return the team to the head of the leaderboard, a position they have confidently held three times in the past.

Stoffel Vandoorne: "In the wake of a great season in 2014, I am very happy to continue with ART Grand Prix in GP2. We showed we are the team to beat and many of our competitors have already pointed to us as their target, it's normal and rather flattering. I am confident because it will be my second year with a fantastic team that I know well. Apart from the DRS, the regulations won’t change and I now have experience of the circuits, races, pit stops and tire management. The objective is clear: we want to win the title."

Sébastien Philippe (Team Manager): "The results of our first collaboration with Stoffel in GP2 in 2014 speak louder than words! He is part of that breed of naturally talented drivers, who work hard and are brilliant technically. He is instantly able to adapt in a professional context so he can make the most of the car and his colleagues. His personal qualities are also strong with his high ambitions similar to that of ART Grand Prix. After an outstanding first year where he missed out on the title by very little, it makes sense that we continue this partnership in the quest for the title in 2015."
GP2 News Stoffel Vandoorne ART
<< Previous article Next article >>
.