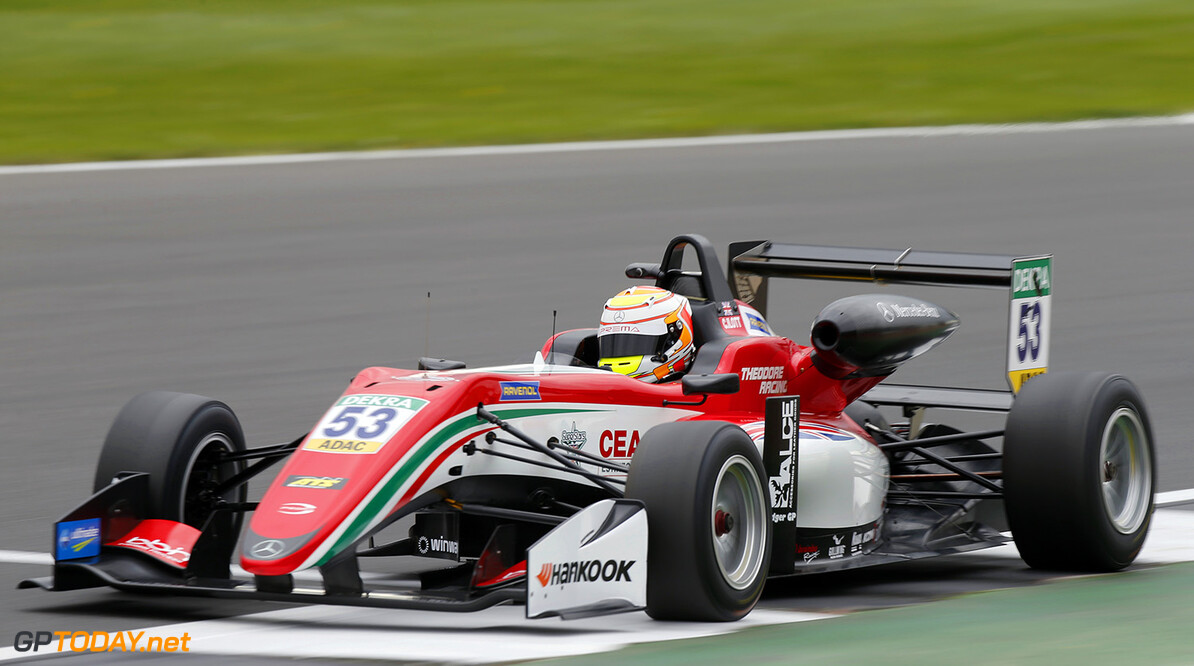 Ilott rounds out Monza with second win of the season

Callum Ilott surged immediately into the lead of the sixth round of the Formula 3 European Championship at Monza on Sunday afternoon, staying ahead of his countryman Lando Norris to take the chequered flag despite continued pressure throughout the race.

The Prema driver got a great start from third on the grid to be alongside second-placed Norris as the field approached Turn 1. He then swiftly stamped his authority on proceedings by sweeping past polesitter Joel Eriksson, who had a bad start, going into the corner. Guanyu Zhou was also in the mix, with the other Prema taking second at the second chicane and placing the Chinese driver ahead of Eriksson and Norris.

P3 was to be hotly contested, however, and Norris took it back at the Parabolica before Eriksson made his own move to claim it at the start of lap 2. The two drivers swapped places one more time at the second chicane as Harrison Newey survived a trip into the gravel behind them, but it was at this point that Eriksson - the championship leader going into the race - slipped back. He lost fourth to Max Gunther, who would prove highly competitive throughout the 20 laps, but the Prema driver had to defend from the Swede as lap 4 began.

At the front, Ilott continued to lead from Zhou and was building his advantage with a new fastest lap. Norris was gaining on them both and was soon able to mount a challenge, passing for second into the first Lesmo. He soon found himself only 1.9 seconds behind Ilott, and this gap would fluctuate for the rest of the race.

Lap 7 saw the second of two consecutive fastest laps from Eriksson as the stewards announced they would investigate an earlier collision between Jake Hughes and Jake Dennis, which caused the retirement of both men at the end of the first lap.

Keyvan Andres Soori joined them on the sidelines a lap later, when he was pitched into the gravel at the first chicane by Jehan Daruvala - but no Safety Car followed, meaning there was no opportunity for the field to be bunched up.

This incident would also be investigated, as was revealed on lap 9. Shortly afterwards, Zhou dropped from the podium positions altogether as he was passed by the recovering Eriksson and Gunther in quick succession, leaving him in fifth. Over the next few laps, he would lose further places to Ralf Aron and Ferdinand Habsburg among others, eventually scraping a single point.

Meanwhile, the gap between Ilott and Norris at the front was shrinking all the time, but it eventually stabilised at around 1.5 seconds by lap 15 and would stay there until the end. The last few laps saw Eriksson cut Turn 1 while chasing Gunther for third on lap 17, and behind them Aron stormed past Mick Schumacher into P6, only to lose it again on the next lap as Pedro Piquet also went by for seventh.

The last lap saw Marino Sato try a move on Joey Mawson towards the back of the field - and the battle ended with a broken suspension for Mawson at Turn 1 as he was tagged from behind. His race ended in disappointment after he had charged from P18 to P10 on the first lap, but Ilott's ended better as he took victory ahead of Norris, with Gunther coming home in third. Eriksson was fourth with Habsburg fifth, Schumacher sixth, Piquet seventh and Aron eighth after a good performance. Daruvala and Zhou rounded out the points positions.