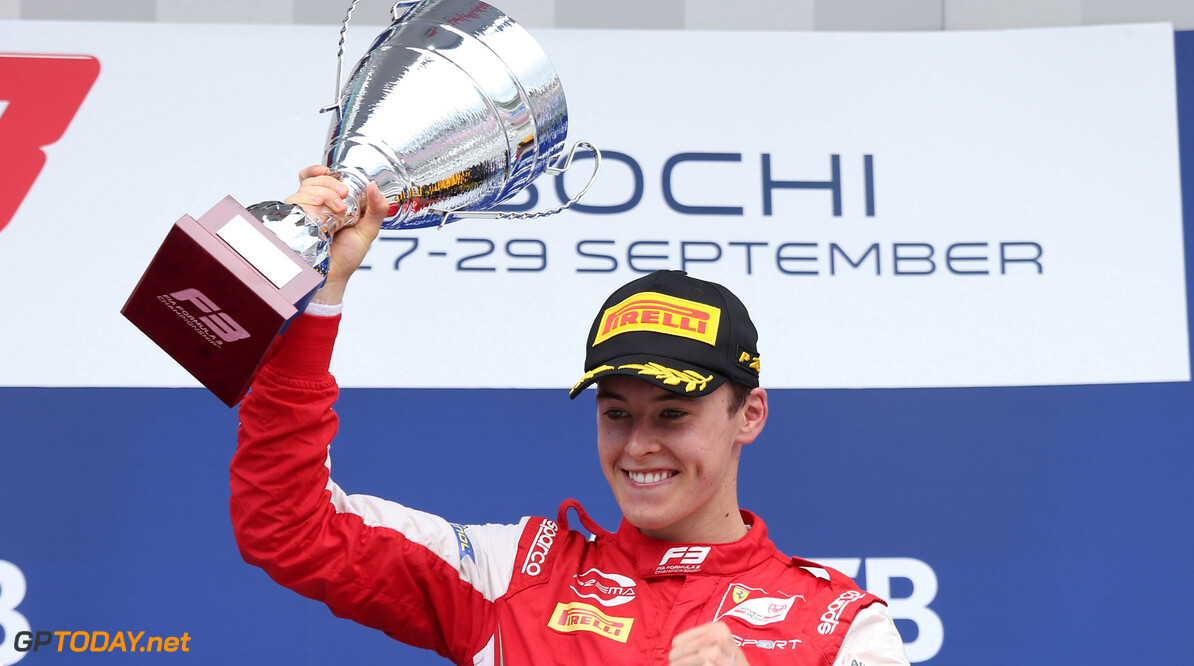 Marcus Armstrong will make the move from Formula 3 to Formula 2 next year, joining ART Grand Prix.

Armstrong becomes the first driver to be announced by the French team, and the second graduate from the 2019 F3 field following Robert Shwartzman's confirmation earlier today.

ART has a strong record in teh junior categories, with Nyck de Vries already securing the drivers' championship ahead of this weekend's season finale in Abu Dhabi.

“It’s an honour to join ART Grand Prix for many reasons. Mainly because of the team’s huge history," Armstrong said.

"It’s been a driving force in GP2 and F2 over the last fifteen years and a lot of F1 drivers have come from the ranks of ART Grand Prix. Secondly, I met the team in Paris to meet everybody and my first impression was that everybody is really professional, they try to find small advantages everywhere… and there is a little pressure to be honest!

"I’m confident we can be successful together because the team wants to teach me all the right things and one of my strengths has always been to adapt to news situations.

"I will have to learn pit stops and race strategy, but I’m determined to do a good job straight away. We will be in Abu Dhabi for the three-day test session and after some nice preparation with simulators and computers, I can’t wait to take to the wheel of the Formula 2 car with ART Grand Prix.

"I want to thank them, as well as the Ferrari Driver Academy and Ferrari management for giving me the best possibility to enter into Formula 2.”

ART Grand Prix President Sebastien Philippe added: “I’m genuinely delighted that Marcus and ART Grand Prix are joining forces as I wanted to get him onboard last year in Formula 3.

"Marcus’s profile fits perfectly with the philosophy of our company and race team and we are happy he is joining us in Formula 2 because I think that between his race approach and his adaptation skills, he will be able to fight for the front positions.

“Marcus only has three seasons in open-wheeler under his belt and he already has some beautiful achievements in comparison to drivers of his generation, who have much more experience.

"The winter preparation will be crucial for the success of the ART/Marcus pairing, but I’m confident we can do great things together.”