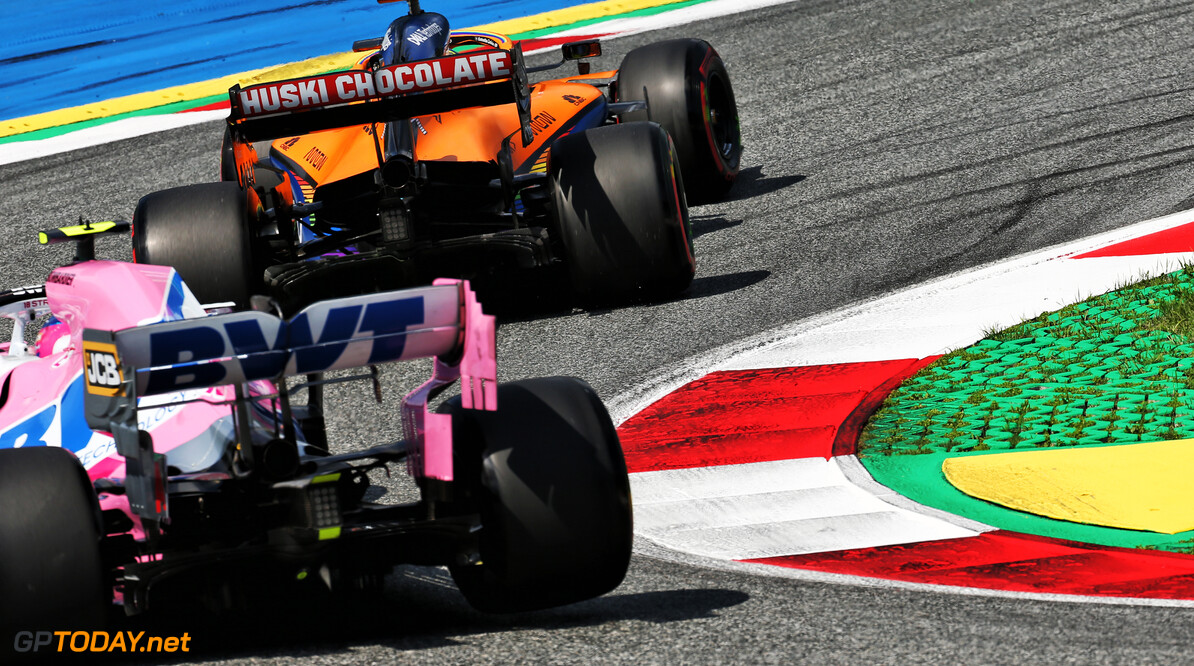 McLaren's Lando Norris has said he is pleased with a 'very enjoyable' final couple of laps after finishing this evening's Styrian Grand Prix in fifth place.

Norris managed to steal sixth in the closing laps from Lance Stroll and Daniel Ricciardo as the pair battled coming into turn three and would eventually finish fifth after catching Sergio Perez in the final corner as the Mexican suffered from front wing damage.

The result marks another fantastic weekend for the British driver, after claiming his maiden F1 podium with a third-place finish last weekend.

"The first stint I didn't like because we were in a DRS train and you can do anything. I went really long, much longer than we thought was going to be possible on the softs until lap 45 or so, and that played into our hands perfectly going onto the mediums and having a lot better pace than everyone else around me.

"I think it showed how much of a different being in dirty air versus clean air makes."

Backing out of turn four attack on Stroll the 'safer option'

Norris also spoke about his attack on Stroll into turn four, a corner which has seen multiple incidents with drivers during the last two weekends.

Norris noted his speed thanks to the slipstream on Stroll he could go for a move but opted to back out of the overtake as he wasn't confident the pair would not come together.

During last weekend's Austrian Grand Prix, Mercedes' Lewis Hamilton came to blows with Red Bull's Alexander Albon as Hamilton spun Albon into the gravel after the Thai driver tried for a move into second place.

Despite not initially getting past Stroll during that move, it would only take Norris another lap to overtake the Racing Point, getting ahead on the run to turn four and pulling away in sixth position as he set after Perez.

"[The overtake on Stroll] was a bit lucky, they were fighting and I had to brake a lot," Norris explained.

"I had a lot of slipstream from Stroll and I just made the most of it. I was a bit nervous about what was going to happen [at turn four], but I had to lift out. I didn't have the confidence on where I was going to end up or if I would get squeezed out so I took the safer option of backing out."