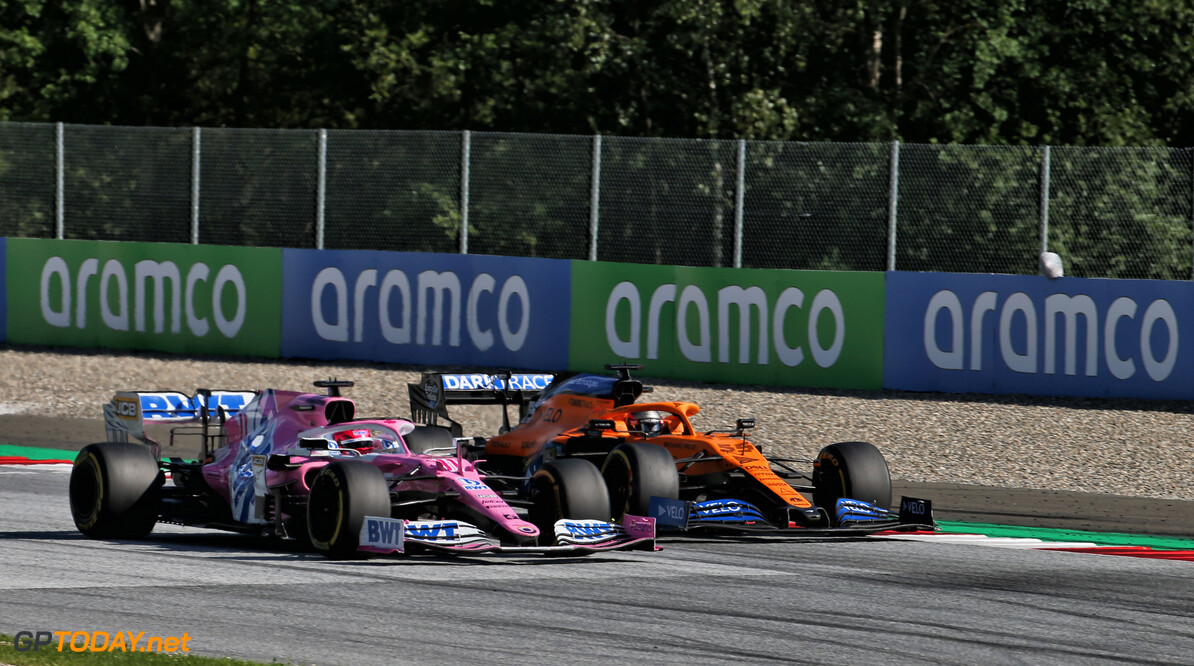 Sergio Perez says he expects Racing Point to have a “very close challenge” with McLaren throughout the 2020 season.

At the opening round of the campaign last weekend, McLaren's Lando Norris managed to both out-qualify and out-race both Racing Point cars, grabbing his first career podium on Sunday.

Racing Point was being tipped to lead the midfield this year following its strong pre-season test, where it unveiled a car that had striking similarities to Mercedes' title-winning W10 car.

Perez is still encouraged by the pace of his 2020 car and believes there were tangible factors behind Racing Point's sombre race last weekend that saw Perez miss out on a podium and Lance Stroll retire from the race.

“I think we were very unlucky in the race. In the end, we went wrong with the strategy so we lost a potential podium and then with Lance retiring the car, we lost some very valuable points in the championship.

“But I do expect that it's going to be a very close challenge between us and McLaren. It will be very interesting to go onto a different circuit. Hungary [is] coming next, that will be something very interesting.”

Stroll added that it is too early to determine who is at the head of the midfield pack, with Ferrari looking to make quick gains following its difficult weekend at the Red Bull Ring.

“I think it's so tight between us and McLaren and Ferrari. It really depends on the lap,” the Canadian said.

“I don't think it's really possible to say who's quicker, who's in front because it's so tight. In the race it was disappointing not to get the maximum out of it, we missed out on a lot of points with Sergio's strategy and my retirement.

“But it's still early days and this weekend we definitely want to take another step forward and try to prove our package, start even further up the grid and definitely grab some more points