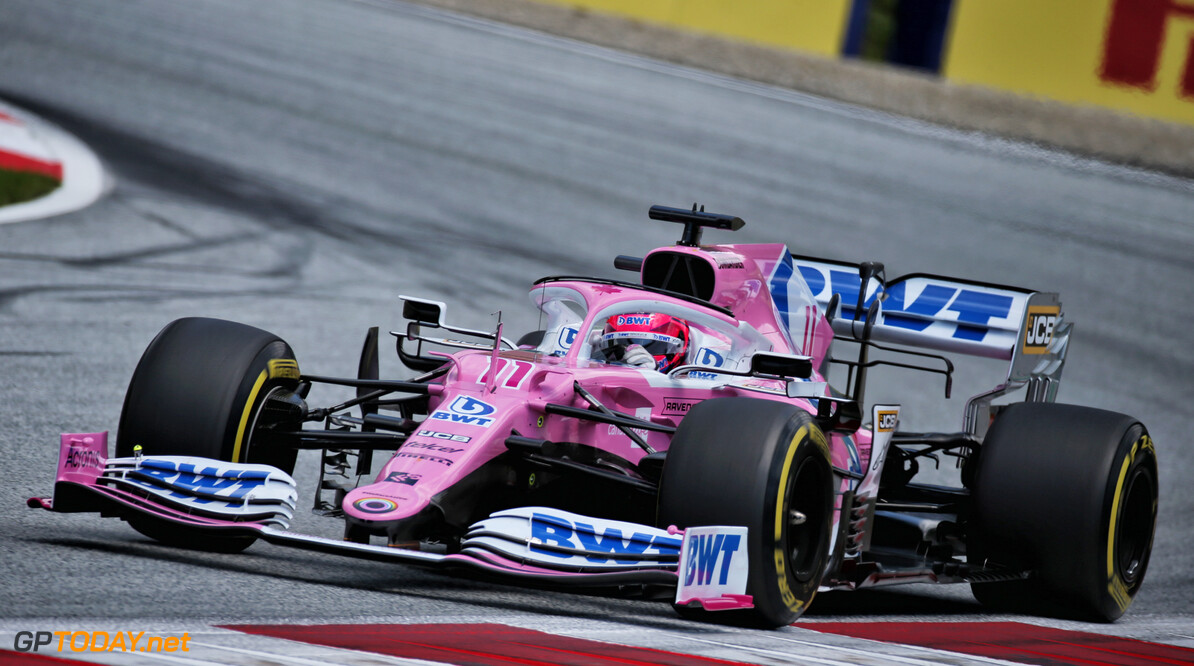 Racing Point's Sergio Perez was happy with the result of Sunday's Austrian Grand Prix, claiming that the race showed the team have a competitive package with the RP20.

Perez was running in the top six throughout the weekend's sessions, managing to qualify ahead of both Ferrari drivers and looked on course for a possible podium at the end of the race until he was awarded a five-second penalty for speeding in the pit lane.

He was embroiled in a race-long battle with the McLaren duo of Lando Norris and Carlos Sainz, having gone side-by-side with Norris in the pit lane during their stops as the pair fought to get out ahead of each other.

Norris would eventually claim third from Perez as decided not to pit during the last safety car period. His teammate Lance Stroll suffered, however, having been forced into retirement early on in the race thanks to a sensor issue on the RP20.

Speaking after the race, Perez admitted that he should have pitted for new tyres as the safety car came out, noting that he was struggling to defend from the drivers who had pitted behind him.

However, after taking the chequered flag in sixth, Perez affirmed that the RP20 was very competitive over the weekend and that the team were happy with such a positive result during the first race of the season.

"Probably looking at it now we should have pitted under the safety car. It's easy to know that at the end. I was struggling to hold the people behind on fresher rubber.

"That was a bit difficult for me but all in all I think the positive is that we have a competitive package and we will look forward to the next one which is in a couple of days time."